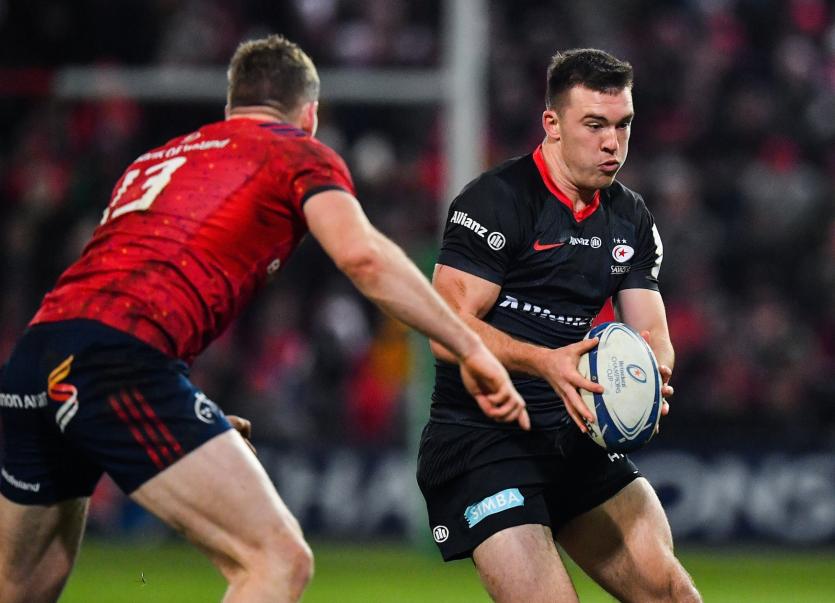 Matt Gallagher, of Saracens, in action against Chris Farrell of Munster during the Heineken Champions Cup Pool 4 fixture at Thomond Park in December

MUNSTER are reported to be in talks to sign Irish-qualified full-back Matt Gallagher from Saracens.

The Rugby Paper reports that 23-year-old Gallagher is set to leave the Premiership club at the end of the season.

The highly rated Gallagher, who has also featured on the wing in the Premiership and Champions Cup, is the son of former All-Black John Gallagher who won the Rugby World Cup in 1987.

John Gallagher's mother is a native of Limerick and his father is from Derry which allows son Matt to be Irish-qualified.

Munster are also expected to officially confirm the signings of Springbok World Cup winners Damian de Allende and RG Snyman for next season.

The full-back, who made his Saracens debut against the Ospreys in November 2014, has represented England at U18 and U20 level.

Gallagher was also a member of the England U20 side which won the Junior World Rugby Championship in 2016, beating Ireland in the final. 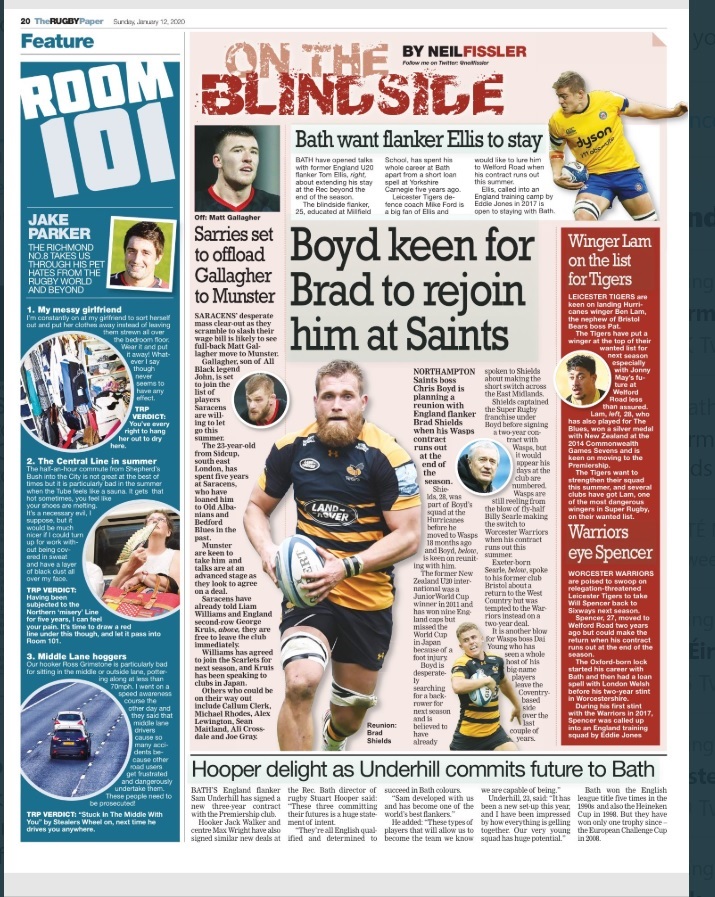