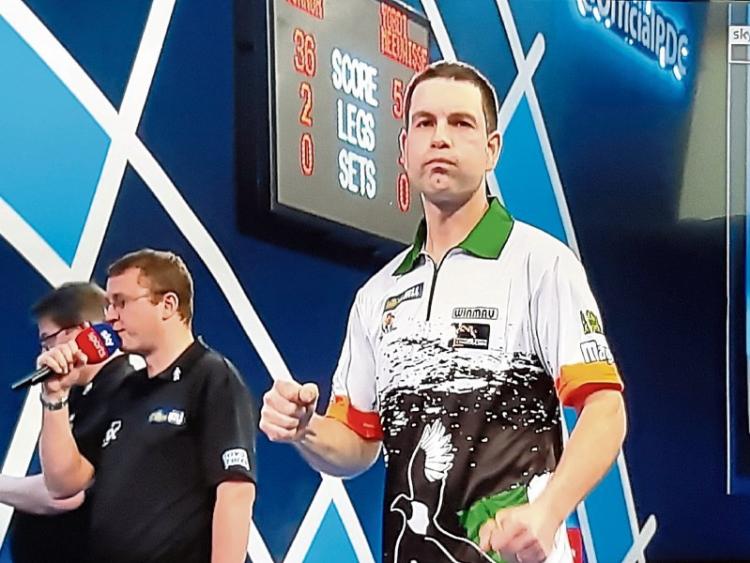 LIMERICK'S William O'Connor has been confirmed among the nine Challengers who will feature in the opening nine nights of the 2020 Unibet Premier League.

In a return to last year’s popular format, nine players will compete under the re-branded 'Challengers' banner, with Cappamore man O'Connor set to feature in the Premier League roadshow in Dublin on Thursday February 27 at the 3 Arena.

The tournament will be broadcast live on Sky Sports.

Thirty three-year-old O'Connor, nicknamed 'The Magpie', has a current PDC world ranking of 37.

The Limerick man also reached the quarter-finals of the Ladbrokes Players Championship this season.

Fallon Sherrock, who enjoyed a terrific run at the recent William Hill PDC World Darts Championships at the 'Ally Pally', had already been confirmed as one of the guest players for the Premier League.

Points won by Challengers will not count towards the league table, however their opponents will retain any points gained from the matches. Challengers will receive financial bonuses for winning or drawing their matches.

The Challengers for the 2020 @Unibet Premier League have been confirmed!

Catch them in action https://t.co/Oi3aHJplHj

Following the opening nine nights of fixtures, the player placed ninth on the Premier League table following Judgement Night in Rotterdam on March 26 will be eliminated from the competition.