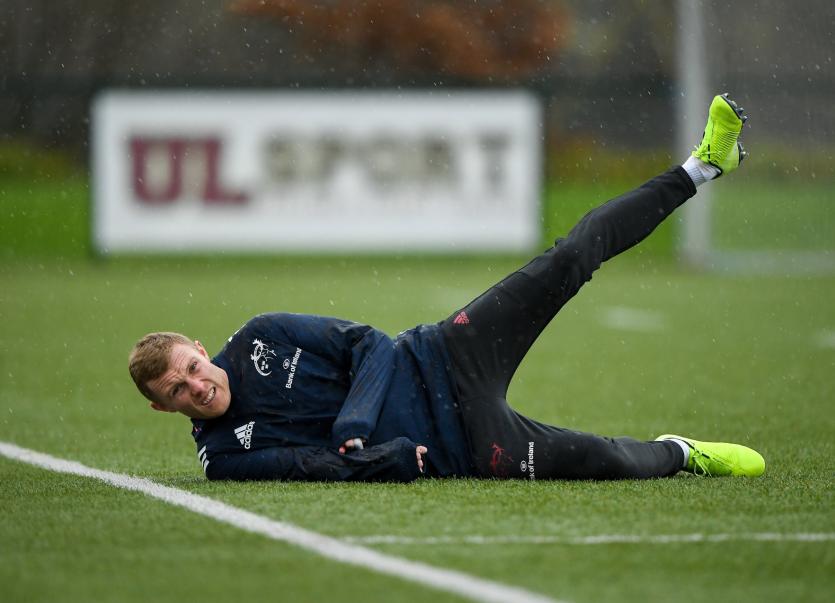 The Munster Rugby side for Friday night’s Guinness PRO14 clash against Ulster at the Kingspan Stadium (7.35pm) has been named. There are ten changes to the team that faced Leinster last weekend as pnly Shane Daly, Sammy Arnold, Rory Scannell, Fineen Wycherley and Jack O’Donoghue keep their places.

Irish international Peter O’Mahony returns to captain the side with Joey Carbery making his first start of the season at out-half. Daly moves to full-back with Irish stars Andrew Conway and Keith Earls coming into the side on either flank.

Scannell and Arnold continue their centre partnership with Conor Murray in the half-backs with Carbery.

There is an all-changed front row of Jeremy Loughman, Niall Scannell and Academy man Keynan Knox.

Wycherley and Darren O’Shea start in the engine room with a back-row of O’Mahony, O’Donoghue and Arno Botha, who returns from suspension.

Academy duo Diarmuid Barron and Jack O’Sullivan are named among the replacements. John Ryan and Gavin Coombes have recovered from knocks to also take their places in the squad.

Meanwhile Iain Henderson and Jacob Stockdale have returned to the Ulster starting XV. They are two of three changes to the side that recorded a bonus-point victory against Connacht last week.

Stockdale is the only change to the starting backline, coming in to start on the left wing alongside Will Addison at full-back and Robert Baloucoune on the right wing. The familiar duo of Stuart McCloskey and Luke Marshall make up the midfield pairing. Billy Burns and John Cooney also maintain their starting half-back partnership.

The front row is unchanged from last week; Jack McGrath starts at loosehead, Rob Herring at hooker and Marty Moore starts in the tighthead position. Iain Henderson resumes the captaincy and starts in the second row with Alan O’Connor. Matthew Rea once again starts at blindside, as does last week’s Man-of-the-Match Sean Reidy at openside, and Nick Timoney comes in to take the starting number eight position.

John Andrew, Kyle McCall, and Tom O'Toole will cover the front row on the bench, while David O'Connor and Greg Jones are named as the additional forward replacements. David Shanahan, Bill Johnston and Craig Gilroy will provide the backline options.

Ulster Rugby’s only defeat in their last seven matches in all tournaments was to Leinster at the RDS Arena in round 8 of the Guinness PRO14.

The last three matches between the two rivals have all been won by the home side on the day, whilst Munster’s most recent success in Belfast was by a single point in October 2016.

With Munster on 30 points at the top of Conference B, there are only seven points separating the top six sides.