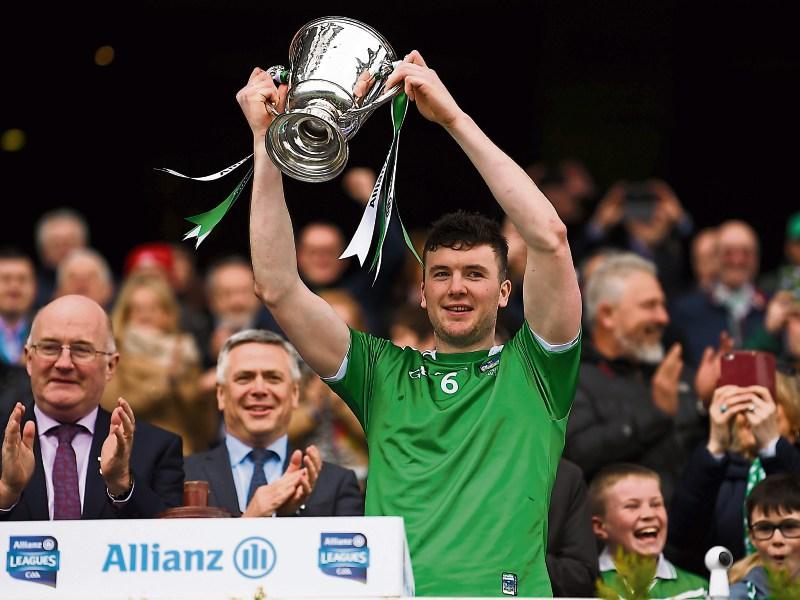 It had all the hallmarks of another decade of doom but now, looking back, the last ten years have been really good to Limerick GAA.

The good fortune we have had might never have happened were it not for those bad days but from it came a lot of good.

The era of the strike will be remembered as a very difficult time in Limerick GAA but in hindsight it forced a lot of people to look at where Limerick GAA stood.

The previous decade had promised so much but sadly a group of players that had enjoyed three All Ireland U21 hurling titles in a row never really delivered at senior level.

Lots of people will have their own ideas on where they went wrong but ultimately they never applied themselves in the manner that great players do.

The road ahead was far from easy but the journey was made a great deal easier when people outside of the County Board decided they needed to take matters into their own hands.

It was done in a cool but very calculated way and when the real history of the era is written it will point to the support of Gerry McManus as a defining moment.

With his support the Limerick underage academy really took off and the fruits of that groundbreaking work provided the foundation for what turned out to be a glorious period for Limerick GAA supporters.

Winning the U21 Munster title in 2011 delivered great hope and when it was followed up with success at senior level in Munster in 2013 it looked like we had finally got into some level of consistency.

Limerick never pushed forward from that success in Munster. Some lessons take time to end and far too many celebrations saw Limerick fail to Clare in the All-Ireland semi final. I still feel that was an All-Ireland that got away from Limerick but Clare took full advantage of it and claimed the title against Cork after a replay.

The following year Limerick lost out to Cork in the Munster final but came so close to beating Kilkenny in terrible conditions in Croke Park in the All-Ireland semi final. That was as good as it got for that team.

They failed to shine in the years that followed.

In between all of that it was the minor hurling team that led the way. Winning back to back titles was key for the development of many of those players.

They lost the All-Ireland in 2014 to Kilkenny after failing to Galway the previous year at the semi final stage. Limerick had a team good enough to win that title but I hold the view that those players and Limerick were better served by loosing that title.

Brian Ryan was the manger of those teams. It will be remembered that he was treated very badly indeed, like others that had gone before him and sadly Ryan and others have been lost to Limerick GAA.

In my opinion, the Limerick County Board have not learned any lessons when it comes to dealing with people and for that reason so many talented people have been lost.

Brian Ryan always held the view that having young Limerick players playing in Croke Park could only be good for them and that was the case.

They knew where the dressing rooms were, they knew the roar of the crowd when they ran out onto the pitch and that served them well for what was to follow.

It was followed up in 2016 when Limerick again lost the All-Ireland minor final. Just as it was in 2014 a lot of learning was provided for some of those players and that was put to good use two years later. Limerick lost the final by seven points 1-21 to 0-17.

John Kiely benefited greatly from the success at minor level and when he took over the U21 team in 2015 he had players that had performed on the big stage.

Winning All-Ireland titles in 2015 and 2017 was a serious statement and it could well have been three in a row.

Diarmuid Brynes was the last man to receive the U21 trophy as we knew it. Pat Donnelly was the manger in 2017. The championship changed then to U20. All of the aces were going in the right direction for Limerick now.

Yes, the opening season for John Kiely didn’t go according to plan but when 2018 came around players and management had matured and were ready for battle.

That league win over Galway set the ball rolling and with every game the confidence of the players grew. The management stayed loyal to the system that simply didn’t work in 2017 but they believed in it and were rewarded.

From the opening game in the Munster championship Limerick looked ready, they looked like a team on a mission and what was plain to be seen was they learned the lesson of focus and hard work.

That was a collective effort by all concerned but the management had massive support from team sponsor J.P McManus. I have said before that we would not have achieved such success without the unparalleled support of the McManus family.

By any standards we will look back on this decade as a very special one for Limerick GAA. The joy of finally bridging such a long gap from our last senior success in 1973 transformed our county. The joy particularly for the young and the old. They were the ones that really took so much from the win.

Limerick people stood tall, they came out from the shadow of the greats and joined them. Those minutes after the final whistle in Croke Park will live in our minds and bodies forever. Tears of joy flowed down supporters faces, supporters remembered those that were gone, so many emotions came out in Croke Park that August evening.

I can remember meeting one man who had followed Limerick teams for over sixty years, he said the following, “I am ready to go to my God now. That win has filled my heart with joy.” Those were powerful words and they have lingered with me ever since. Sadly that man passed away just a few months later but his love of Limerick and the joy of seeing a Limerick team win in Croke Park reflected how it felt for thousands of Limerick people all over the world.

Age profile is very much on Limerick's side, they will have learned many lessons from 2019.

Winning the League and Munster titles was special in its own right but they will know deep down they had a real chance of winning back to back senior titles.

That might well be the flame that will burn in their stove in 2020. They have the capability of reaching great heights again. Yes, it will take a huge effort and yes they will have to find different ways and not cling so rigidly to what brought success before.

The game moves on, the challenge will be even greater in the year ahead. Anyone of the teams in Munster could win the All-Ireland and when you mix Kilkenny, Galway and Wexford then you see just how hard the journey will be.

Limerick GAA are staring this new decade in a better position than they have every been and lets hope the potential will deliver many more titles.