Opinion: Adrian Breen one of many positives for Limerick hurlers - Martin Kiely 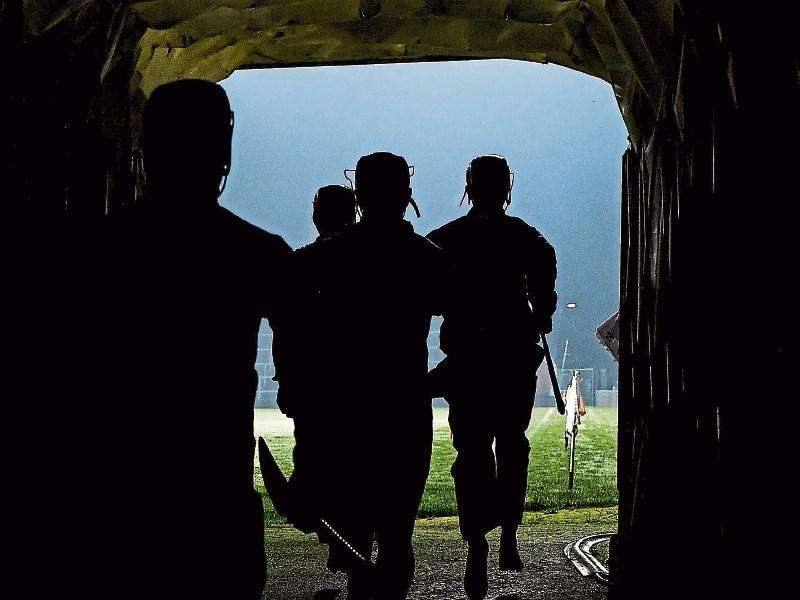 It was the last game of the season for the Limerick senior hurling team as they welcomed All-Ireland champions Tipperary to the Gaelic Grounds last weekend. Five days before Christmas seems a crazy time for hurling but still a fine crowd turned up for this game. If the GAA were really worried about player welfare then such fixtures would not be part of the GAA calendar.

Both teams started only a few of their championship team and for the most part this was about finding new talent. From Limerick’s point of view only three starting players took the field in Richie English, Darragh O’Donovan and Dan Morrissey.

It was a chilly evening for hurling but to the credit of both teams we had some good honest hurling. Limerick might be marginal ahead of Tipperary right now but we saw evidence that many of the Limerick players are shaping up well.

For those just joining the panel the work is only really beginning. They will have lots of ground to make up and some of them will only be ready for action in twelve months time.

The man that stood out was Adrian Breen. He missed the early months of this year due to injury but he showed signs in this contest that he can cut the mustard at the highest level.

Now, it is of course early days and there is a lot of hurling to be played in 2020 but Breen who finished the game with 1-5 was sharp and that will only improve as the ground firms.

Limerick need to find extra fire power in attack and Adrian Breen will challenge strongly for a place. The Limerick forwards worked hard and one player that looked in good shape was Seamus Flanagan.

He has conditioned well in recent weeks, he showed for the ball, he broke tackles and also scored. All of the stuff he did brilliantly in 2018. Limerick need a hard working forward with pace like Flanagan and he was missed this year.

His fuse was short on a few occasions in this game but he showed great hunger and work rate and that to me was very promising. Much of the same could be said of Darragh O’ Donovan, he lined out at half forward and was impressive. He delivered ball with pin point accuracy and had a cutting dash to his play.

Only four points separated the teams at the break but it could have been a great deal closer as Tipperary hit some terrible wides.

Limerick failed to score for the last ten minutes of that first half whereas Tipperary hit four points.

Playing in his first game at senior level Darren O’Connell scored two points, he has pace but the soft sod would be of no help to him.

That said he wasn’t found wanting when it came to working. Limerick dominated the opening twenty minutes and outscored Tipperary 1-7 to 0-3.

Indeed Tipperary went without a score for sixteen of those minutes and Limerick should have made better use of their dominance during this spell.

Darragh O’Donovan delivered a cracking ball to Adrian Breen for the goal. The Na Piarsaigh lad caught the ball low to the ground and had turned for home before his marker knew what was happening.

Tipperary hit eleven wides in the opening half and I am sure Liam Sheedy told them that and more in the dressing room.

One the finest forwards in the game John McGrath had the game level inside three minutes of the second half when he scored a fine goal. He was left all alone with time and space to crack home Tipperary’s only goal.

That score had the game level but Tipperary never pushed on from it. David Reidy landed points from frees while Darragh O’Donovan and Tom Morrissey also had points. Tipperary did come with a surge with about five minutes to go but what ever energy they had it was ended when David Dempsey scrambled the ball to the nett after Seamus Flanagan had done a lot of the spade work.

That score closed out the game for Limerick. They finished strong with some good points from Tom Morrissey and Adrian Breen.

This was a good workout for Limerick and particularly for new players who are only cutting their teeth at this level.

The journey for some of them will be long but others will struggle. I liked the work rate that Limerick showed and players like Robbie Hanley showed a great willingness to work at midfield. Brian Ryan saw his first senior game with Limerick and he did well.

Fitzgibbon Cup hurling has helped his development and this was clear to be seen in this game. The South Liberties player has more to offer and with six months work under his belt he will add strength to the Limerick bench.

Brian O’Grady and Mark Quinlan were also introduced and this will be of help to their confidence. Barry Hennessy had a superb evening in goal. He made some great saves and his puck outs were particularly good. All of this on the day that his grandad Micheal Barry was buried.

It was the end of one year but in reality it was the beginning of a new year and now Limerick face Clare on January 5 in Sixmilebridge.

Almost two thousand turned up at the Gaelic Grounds and the same and more can be expected for the Clare game.

Like Limerick Brian Lohan’s Clare had a win over Tipperary and both teams will be trying out a lot of players. Clare have fifty players in training at the moment and Lohan will be anxious to fine new talent.

It is very early days but it was clear that Limerick are working hard, the players frames suggest they are very much applying themselves and that augers well for 2020.

It has the potential to be a great year, yes many fences will have to be jumped but Limerick have the ability to take them all on.