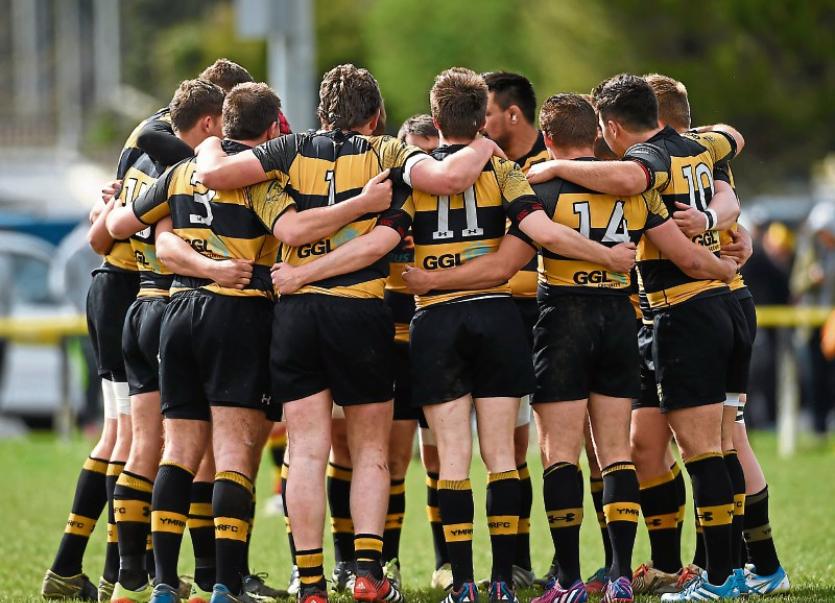 YOUNG Munster's bid to claim a first Bank of Ireland Munster Senior Cup title in nine years was dashed by competition specialists Cork Constitution who made it back-to-back wins with a hard fought 24-17 final win at Musgrave Park on Friday night.

Constitution, who have now won seven of the last eight Munster Senior Cup deciders, laid the foundation for this win in the opening half after which the Leesiders held a significant 16-3 interval lead.

The winners, ably led by their vastly experienced half-back partnership of Duncan Williams and Gerry Hurley, held the upperhand at scrum time and Munsters' didn't help their cause in that opening half by their tendency to cough up silly penalties.

The Leesiders looked to be within touching distance of their 30th Munster Senior Cup success when winger JJ O'Neill blitzed his way over for a terrific solo try just two minutes after the restart.

However, resilient Munsters' produced a vastly improved second half showing, scoring two well-executed tries from Alan Kennedy and Conor Bartley, with out-half Evan Cusack converting both. However, the Limerick side had left themselves with just too much to do in order to reel in their experienced opponents.

This was the Limerick side's second defeat to their great rivals in just six days as Con’ claimed a dramatic 16-15 energia All-Ireland League win at Greenfields last Saturday.

Indeed, the two sides will go head-to-head for the third time in a short few weeks when facing off once again in the AIL at Temple Hill on January 11.

The Greenfields side, who were seeking their eighth Munster Senior Cup success, had won their three league games on the bounce prior to last Saturday's league loss to the Temple Hill outfit.

It was a disappointing end to Munsters' Senior Cup campaign which had seen Gearoid Prendergast's side defeat Shannon and Cashel on route to the decider.

Seventh-placed Munsters' went into the game 18 points behind their opponents who are sitting pretty at the top of the energia All-Ireland League Division 1A table with nine straight wins.

Holders Cork Con got off to the best possible start when full-back Sean French slotted a fifth minute penalty goal kicked from mid-way between the half-way line and Munsters' 10-metre line.

Con' continued to dominate territory and possession through the opening 15 minutes of the game and the Limerick side fell 6-0 in arrears when French landed another excellent long range penalty.

The Leesiders were reduced to 14 players two minutes later after centre Niall Kenneally was yellow-carded for a high tackle.

Munsters' took advantage of the extra man when out-half Evan Cusack slotted a 24th minute penalty after Con' were penalised at scrum-time.

However, the Limerick side found themselves trailing by six points once again when French kicked his third penalty of the night on the half hour mark after Munsters' were penalised for drifting off-side.

Con took a firm grip on the decider in the 35th minute when the home side struck for their opening try with Kenneally restored to the play.

The Cup holders were awarded a scrum penalty just inside the Munsters' 22. Con opted to kick the ball to the corner and after winning clean line-out ball, their forwards produced a well-executed maul which powered over the tryline as hooker John Sutton was credited with the touchdown.

Out-half Gerry Hurley, who had a stint with Garryowen in the past, landed the conversion to extend the Constitution lead to 16-3.

If Munsters' were facing an uphill battle at half-time, the Limerick side were left with a mountain to climb when Cork winger JJ O'Neill collected the ball on the opposition 10 metre line before blitzing his way past a host of Munsters' defenders before dotting down.

Hurley's conversion came rattling back off the upright, bu the Leesiders' lead was now out to 18 points.

To their credit, Munsters' did give themselves a glimmer of hope when captain Alan Kennedy barged over the tryline from close range after some excellent carries from the forwards.

Cusack's successful conversion made it 21-10 to the holders.

However, Constitition out-half Hurley landed a 78th minute penalty to edge his side into a seven-point lead at 24-17. It was the holders first score for 35 minutes.

Young Munster head coach Gearoid Prendergast had been hoping to emulate the achievement of his brother Mike, currently on the coaching staff at Top 14 side Racing 92, by leading Munsters’ to Munster Senior Cup glory.

The Cup finals continue for Young Munster on Thursday January 2, when holders Young Munster and Old Crescent meet in the Limerick Charity Cup final at 7.30pm in Rosbrien.