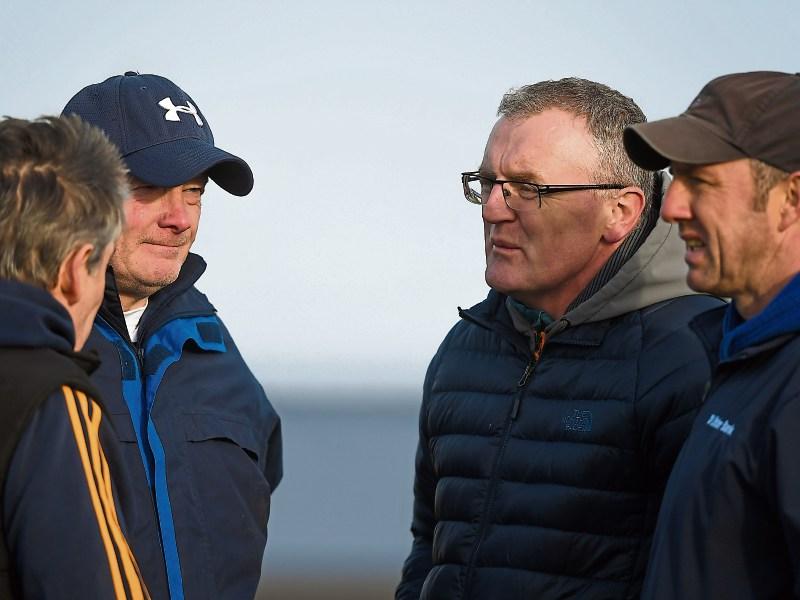 Attention has already turned towards a new year and the start of the Munster hurling league next week will be a welcome distraction for all in Limerick GAA.

John Kiely wiped a cloth over the problems that happened in New York and his attention is now very much focused on matters on the field.

Deep down John Kiely will use the recent episode as a way of turning the ship in the right direction for 2020 and all who support the Limerick senior hurling team will be happy to see that.

Let there be no mistake about it, Kiely wasn’t happy with what happened in America and will have delivered that message loud and clear. I think it might well be of advantage to the entire set up because it was a wake up call that was needed.

Everyone knows that Limerick can have serious regrets about this year and how it finished in the All-Ireland semi final. Limerick didn’t recover from a very poor start but more importantly they just never managed to come to terms with what Kilkenny brought to the table.

If at any stage during the year ahead they need to know what is required they only need to return to that opening twenty minutes against Kilkenny. They played second to Kilkenny in every way and those lessons should have left a lot for learning.

It’s hard to know the value of such leagues this time of year and with an ever crowed fixtures programme it’s amazing to see such leagues have survived.

We hear so much about players welfare but God help us we are gone well past that now. From Limerick's point of view it will offer a chance to give some new players games and it will be very interesting to see where John Kiely and his management team place the National League next year.

What we saw last year was that very few teams had any interest as they instead used it to develop new players and game plans. They all looked on and took notes from the Limerick games and for that reason I would expect a very different approach to the league next year.

Limerick have to develop some new players, they need more options and they need some serious competition for places. When it mattered most last year the bench that looked really strong didn’t deliver.

The game plan that saw the team win the All-Ireland was never going to survive a second season and ultimately it didn’t. That might also be up for discussion next year.

I think next year’s championship is going to be really competitive with new managers in Clare, Cork and Waterford.

Brian Lohan is the new man in Clare. He is working hard and has fifty players on his panel at the moment. He was one of the greatest full backs of all time and I think the players will respond to him.

He has former Limerick players James Moran as part of this management team.

Liam Cahill, who has guided Tipperary to success at Minor and U20 levels took over Waterford. He didn’t waste time setting a new standard and dropped two key players. That has sent a message and it shows his intentions for the year ahead.

Anyone that knows Liam Cahill will know that he has a huge hunger for the game and he will want to make a major statement in Waterford.

Kieran Kingston returns at Cork manager and has put together a very strong backroom team. Ger Cunningham also returns with him and that is seen as a major step forward for Cork. The tools and tactics that Limerick used in 2018 might have to be re-jigged because be assured next year’s championship will test the entire contents of their tool box.

When Kilkenny ruled with an iron fist the gap between teams was substantial but that gap has closed and new winners have emerged.

Galway, Limerick and Tipperary have won the last three all Ireland titles and it’s generally accepted that dominance under the new structures will be very difficult.

In that regard a number of teams will feel they have a serious chance of going all the way. The biggest focus for most team managers is to be one of the teams leaving the provincial system.

Tipperary like Limerick in 2018 got it spot on this year. Some would say they outsmarted Limerick and were far from upset with loosing the Munster Final.

The facts show that Tipperary were a very different team in the All-Ireland final. Liam Sheedy got his timing and tactics right on cue. Success back to back at U21 and U20 leaves Tipperary in a very good place.

I saw a number of club games in the Tipperary championship and it looks like Sheedy has a very good crop to pick from in 2020.

When Clare won the All-Ireland title in 2013 it appeared this young group of players had so much more to look forward to. Six years have passed and the great expectations have yielded nothing.

Now under former star player Brian Lohan Clare are hoping for better days ahead. Yes, they did come close a couple of years ago but other than that they have been disappointing. Lohan will want to change that. As a player he was simply ferocious and I would expect to see a far greater hunger and work rate from them next year.

Clare have enough of good players to trouble most teams and on any given day they are a match for the best. Brian Lohan having managed the UL Fitzgibbon team will know a great deal about so many players.

The process of him getting the job was a bit of a shambles but now that he has it secured I think Clare under him will be a serious prospect in 2020.

The team that has most under achieved is Cork. They had Limerick on the rack in 2018 and it can be said they have struggled to recover from it.

They have been very close and now with Kingston back they will feel they gain a vital edge. Cork have re-jigged the backroom team and as one prominent officer told me, “we will need a bus alone for the backroom team in 2020.”

The Cork County Board now under new stewardship is getting its act together. The work behind the scenes was never greater and at some stage it will reap rewards. Limerick face Cork in the opening round of the Munster championship next year and Cork will have home advantage.

It takes a lot of things to win the All-Ireland hurling title. Few teams know that better than Limerick. This group of players were privileged and honoured to achieve that in 2018.

It would be a shame if this group were to leave the stage with just one title. It has happened before and it will happen again but we do have a collection of players now that are more than capable of winning at least one more title.

More importantly than that is that a culture that will serve players and teams in the future is secured. We have had a few sideshows but now is the time to set the foundation for 2020 where only one show really matters.

This week saw the passing of Mary Hayes, wife of John who gave outstanding service to his club Pallaskenry and the City Board.

Mary was a quiet lady who was so proud of her family and was a great support to John during his years of loyal service to Limerick GAA.

To John, his family and friends I offer my sincere sympathies at this very sad time.