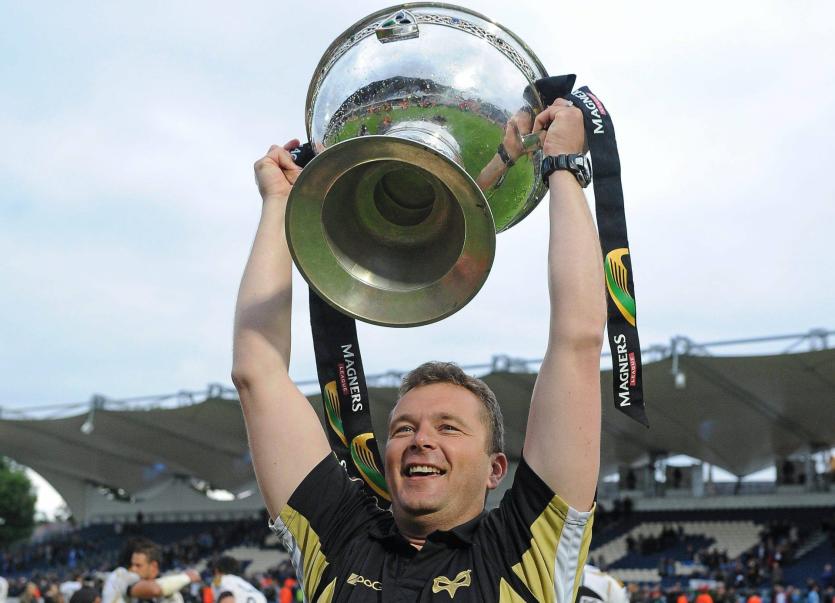 FORMER Ospreys coach Sean Holley has revealed how he declined an offer from the late Anthony Foley to become Munster' attack coach.

Holley, who won five major trophies during his time coaching at the Ospreys which ended in 2012, admitted that it was one of the hardest decisions he ever made to turn down former Munster head coach Foley.

Going into more detail about his decision not to join Munster on the Under the Sticks podcast, Neath-born Holley said everyone only ever had good things to say about the late Anthony Foley and that he felt bad for letting him down.

Holley said in the podcast: “Axel (Anthony Foley) was a great bloke, we all miss him.

“You should never have regrets in life but he phoned me once to go and be the attack coach at Munster and I couldn’t go for family reasons.

“I would have loved to have worked with Axel, he epitomises everything Munster is about. I think Saturday, a European evening, 5.30pm kick off in Munster, is what it’s all about.

“I’ve been there [Thomond Park] for pool matches, I’ve been there for quarter-finals and they are electric, it’s the sort of environment you want to be involved in.

“And Saracens, you have to say, in adversity are the team to go over there. If they’ve got something to prove, their backs are up because of all the publicity then Munster need to be aware.

“You can’t even chew your chewing gum when someone is taking a kick as someone will turn around and say ‘shush’ and the Saracens fans will get that – but it’s definitely game of the week.

“With my Celtic hat on, with my Guinness PRO14 hat on, I would love to see Munster win it but I think this one could go down to the wire.”

“It’s like turning Man United down, you feel you should go, you feel you have to go but I had a young family and I was pretty set with the Ospreys.

“You shouldn’t have regrets, hindsight is a wonderful thing and I would have loved to have done it.

“Talking to him, he said it was a magical part of his time but it wasn’t meant to be for me. Everything happens for a reason but the conversation is a difficult one.

“Axel was the type of bloke you just didn’t want to let down. That was regretful but I’ll raise a glass a Guinness for him this weekend and let’s hope the Munstermen can do it.”