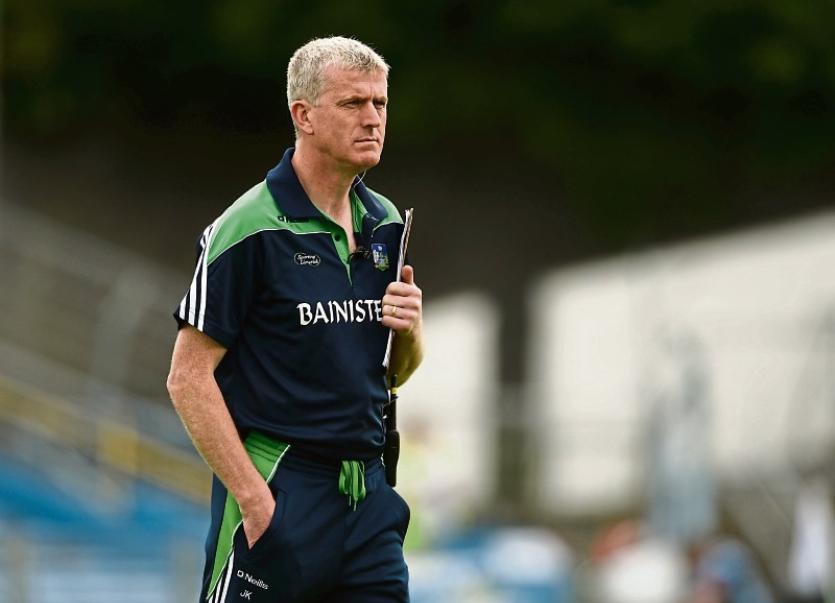 Kiely was speaking publicly for the first time since two of his 2019 panel were sent home early from last month’s New York Hurling Classic for disciplinary reasons.

“They have been fantastic, wonderful ambassadors for our county and an incident here and there isn’t going to take away from that sense of quality in terms of the people we have playing for Limerick - men that we can be proud of and we know that and I stand behind them 100%,” said the Limerick manager at the launch of the Co-Op Superstores Munster Hurling League.

"It’s never always going to be rosy in the garden all the time - you can’t expect that it is going to be utopia as we go through this process when working with so many young men. The bottom line is that it was an internal matter and was dealt with internally and we have all moved on," John Kiely told the Limerick Leader.

"That was 2019 and 2019 has been copper-fastened, signed, sealed, and done with - our sole focus now is getting back on the training field and working as hard as we possibly can to become the best we can be as a team for 2020 and we look forward to the competitions and challenges that lie ahead for us. As far as we are concerned all that, has been dealt with and is done and dusted."

The Limerick manager didn't outline if disciplinary measures had been taken.

"It’s an internal matter and there will be no further comment regarding it from me and as far as we are concerned we are finished, done and dusted, moving-on, it’s over and done and of focus is on 2020 and we are back on the training field since Tuesday night and working hard".

Limerick begin their 2020 season on Friday December 20 when All-Ireland SHC winners Tipperary come to the LIT Gaelic Grounds in the opening game of the Co-Op Superstores Munster Hurling League.

"That’s where we expect to be judged (on the pitch) but standards have to be maintained on and off the pitch by our players and we expect the highest from our players - that goes without saying," said Kiely.