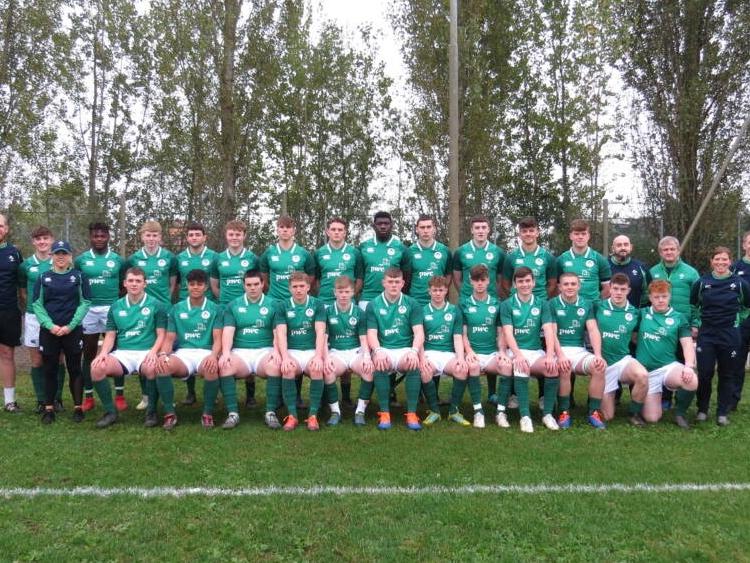 The Ireland U18 Club squad

A NUMBER of Limerick players have been included in two Ireland U18s squads which have been named for a three-day training camp at the IRFU High Performance Centre from December 28 to 30.

Simon Broughton will coach the Ireland U18 Schools and former Munster star and Ireland international Denis Leamy will take charge of the Ireland U18 Clubs & Schools squad.

Several of the players selected were in action last month as part of an Ireland U18 Clubs side that played against an Italy U18 Academy selection in Badia.

Coached by Fiach O’Loughlin, the team were narrowly beaten in an entertaining game on a scoreline of 22-19.

From that game, Deeny and O’Hara are joined in the U18 School Squad by Edwin Edugobo, Barry Gray, Kolo Kiripati, Jack O’Sullivan and Ben Popplewell.

The U18 Schools side will take part in the Six Nations U18 Festival at Marcoussis, the French Rugby high performance base, from the April 4 to 12. The U18 Clubs & Schools side will play two matches against England Counties the same month.