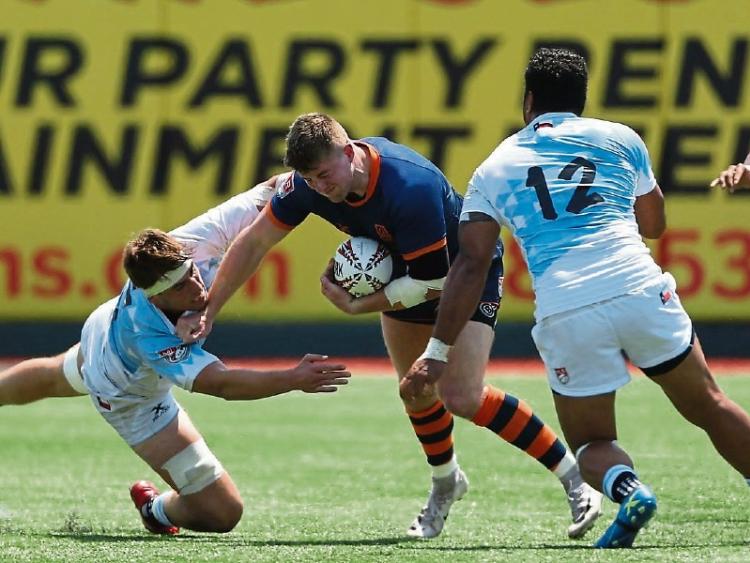 Limerick's Will Leonard, centre, will play in Major League Rugby once again in 2020 with Rugby United New York

LIMERICK rugby centre Will Leonard has re-signed for Major League side Rugby United New York for 2020.

Leonard, who has featured for Shannon in the energia All-Ireland League during Major League Rugby's off-season, returns to New York after being a main feature in their midfield during the 2019 season, where he teamed up with former England and Northampton centre Ben Foden.

He finished the season with two tries, scoring one a piece in each of the matchups with the Seattle Seawolves.

Rugby United New York are currently preparing for the 2020 Major League Rugby campaign which is set to kick off in February.

Prior to his move to the 'Big Apple', Leonard had been a standout player for Shannon in the All-Ireland League, since 2015.

The centre started his rugby career at the age of 8, playing for Shannon RFC’s youth team. He went on to attend Crescent Comprehensive College, and won two Munster School Senior Cups with the rugby nursery.

The band is getting back together

After finishing at Crescent College, Leonard returned to Shannon RFC. He has been playing with the club for the past five years, helping them achieve promotion back to the first division in the All Ireland League rugby league.

Leonard also holds a First-Class Honors Degree in economics and finance from the University of Limerick.