Limerick's Greg O'Shea named on Irish 7s side for Dubai 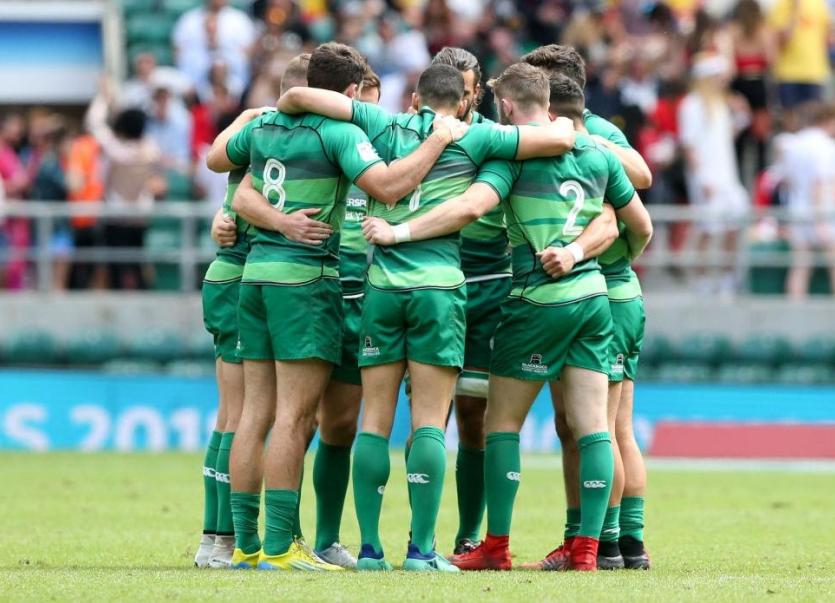 Limerick and Shannon RFC's Greg O'Shea has been named on the Mens 7s side for the Dubai tournament next week. Billy Dardis will captain the Ireland Men’s Sevens squad as they make their eagerly-anticipated debut as a core team on the HSBC World Rugby Men’s Sevens Series in Dubai next week from December 5 to 7.

After securing World Series qualification in Hong Kong last April, the Ireland Men, who have made four previous appearances as an invitational side, will officially join the top table of Sevens rugby alongside the Ireland Women in the first combined event of the 2019/2020 season.

Dardis leads Ireland’s 13-man squad for the Dubai Sevens, while Terry Kennedy, Mark Roche, Foster Horan and Harry McNulty, who were part of the initial Men’s Sevens panel selected by Anthony Eddy and IRFU Performance Director David Nucifora in 2015, are all included.

Eddy has been able to retain the main core of the side that achieved World Series qualification in Hong Kong as Adam Leavy, Bryan Mollen, Greg O’Shea, Jordan Conroy and John O’Donnell are all named in the squad to face USA, Australia and Scotland at The Dubai Sevens Stadium.

Leinster Academy back Aaron O’Sullivan, who made his Ireland Under-20 debut against England at last summer’s Under-20 World Championship in Argentina, is in line for his first Sevens cap, while former Ireland Under-20 captain Jack Kelly and Hugo Lennox of Skerries complete the panel.

The Dubai Sevens marks the start of Ireland’s maiden World Series campaign and Eddy’s side will hope to use it as a springboard for next summer’s World Rugby Repechage tournament as they bid to qualify for the 2020 Tokyo Olympics.

Speaking ahead of the team's departure to Dubai, Eddy said: "The players have been looking forward to this for a long time and are delighted to be recognised as a core team on the World Series.

"They will be very keen to put in a performance that justifies all the hard work they have done to reach this point.

"We are well aware of the level of competition on the World Series and we also recognise we have to lift our performance on a consistent basis. There are no easy games at this level so we have to be well prepared."

Thursday and Friday’s pool stages will be streamed live via World Rugby and you can keep up to date with Ireland’s progress in Dubai using the hashtag #IreM7s and on the Irish Rugby social media channels throughout the week.

Reminder: Members of the Ireland Men's and Women's Sevens teams will be available for interview at the IRFU High Performance Centre, Blanchardstown from 2.30pm today.