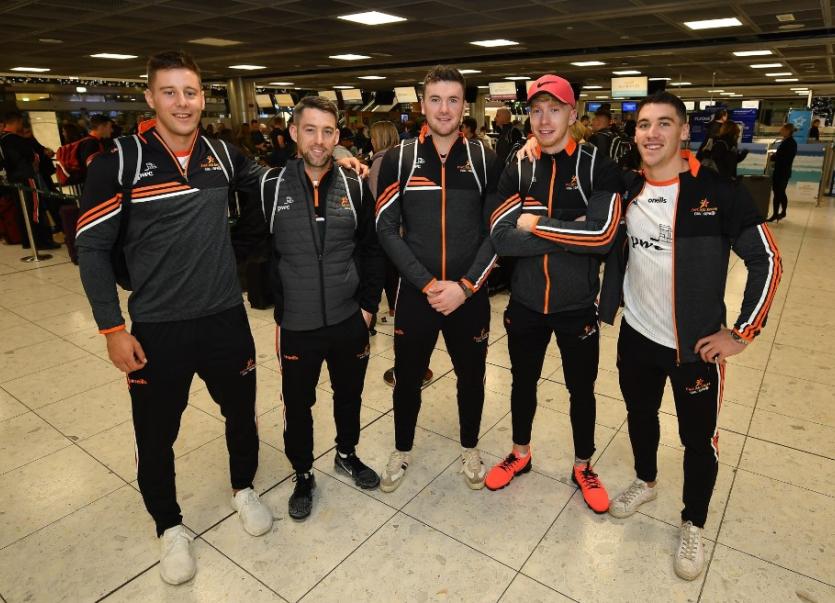 FIVE Limerick hurlers are among the touring party that jets out to Abu Dhabi this Wednesday for an All-Stars exhibition game.

The game between 2018 and 2019 PwC GAA GPA All-Stars take place this Friday November 29 in Zayed Sports City in Abu Dhabi.

In total a 27-strong panel flew out from Dublin travelling to Abu Dhabi where they will embark on a five-day PwC All-Star hurling tour.

The touring panel is made up of 2018 and 2019 All-Stars and nominees and it also includes a number of representatives from the Champions 15 team.

In all there are players from 13 different counties in the travelling party.

Off the field, a highlight of the tour will be the post-match reception which will be hosted by the Irish Ambassador to the UAE, Aidan Cronin, at his residence on Saturday evening.

The Middle East GAA Board and Abu Dhabi Na Fianna will host the touring party.

English and Gillane are among a number of the All-Star players not available to travel for varying reasons and therefore a number of others have received call-ups - as Limerick players have done in the past.

The All-Stars hurling and football tours run on alternate years.

Back in November 2016, the All-Stars football tour was to Abu Dhabi.

In 2017 there was no Limerick involvement when the touring party visited Singapore.

In 2013, Richie McCarthy, Paul Browne and Nickie Quaid were onboard as the All-Stars exhibition was played in Shanghai.

In 2011, Declan Hannon and Donal O'Grady were part of the group that visited San Francisco.