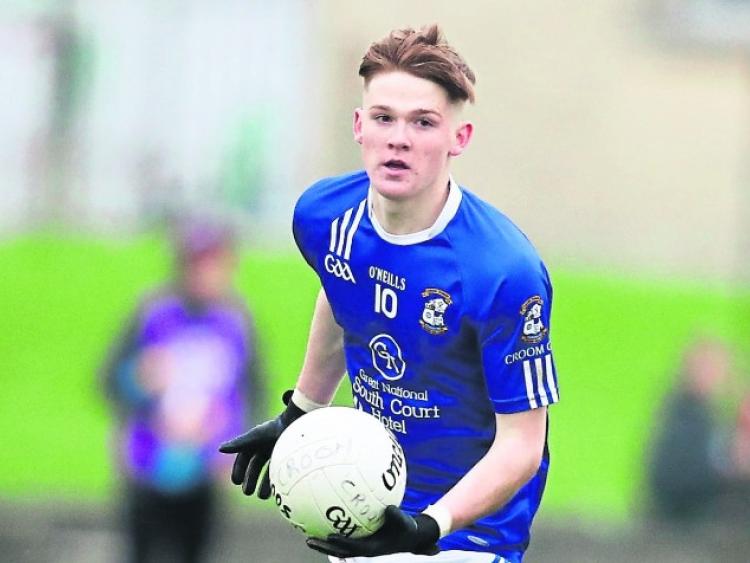 AN injury time goal denied Croom a place in the Munster club Junior A Football Championship this Saturday.

It was an injury time goal from Alan Curran that saw the south Tipperary side into a December 8 provincial final with Na Gaeil of Kerry in Mallow.

Croom were 0-8 to 0-4 ahead at half time but then six scores in a row moved Mullinahone 1-7 to 0-8 ahead after five minutes of the second half.

Croom battled back to leave 1-10 to 1-8 with five minutes to go but the Tipperary champions notched the final three scores to just edge into Munster club JAFC final.

Mullinahone had the opening score but Croom were 0-3 to 0-1 ahead with Mickey Cahill and Mark O'Riordan among the scores.

It was the mid-point of the first half when Mullinahone had their second score and Croom continued to dominate with Dara O'Farrell joining the scoring list to move 0-5 to 0-2 clear.

Three in a row for Jamie Greaves had Croom 0-8 to 0-2 ahead with two minutes to half time.

Late points from the Tipperary side left it 0-8 to 0-4 at the break.

Three minutes into the second half Mullinahone had a goal from Eanna Ryan to put them ahead for the first time since the second minute - 1-7 to 0-8.

Croom had to wait 17-minutes into the second half to reopen their account and when they did it was a Mark Reidy fisted goal after Ryan O'Shea had created the opportunity.

With Stephen Lucey now introduced Croom saw their lead taken away when the game was level for just the second time in the 48th minute.

That was to be the end of the Croom scoring and Mullinahone found the last three scores to win.

The game looked set for extra time, 1-10 each, until Alan Curran got his hand to a last gasp free from Kevin Walzer deep into injury time.

It was a game where Mullinahone had 15 wides and Croom just four wides.

* See the print edition of the Limerick Leader for full match details.