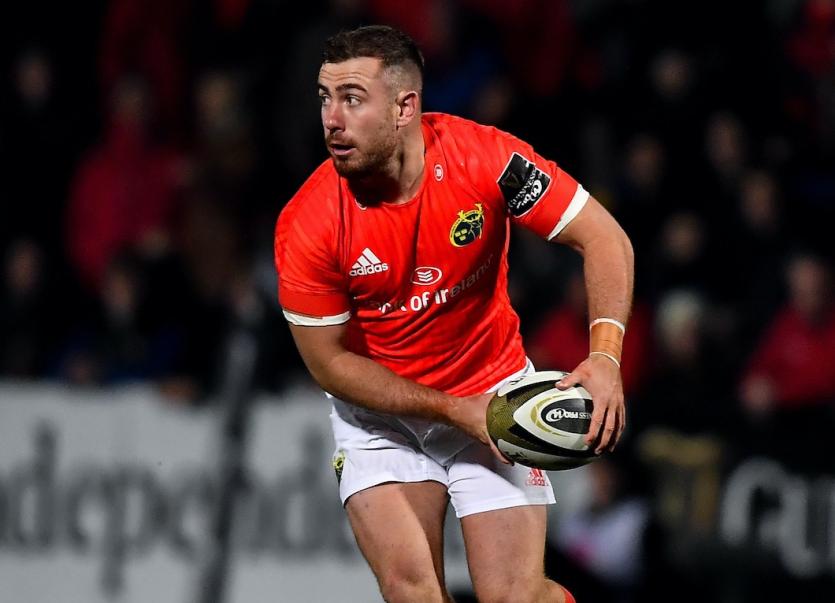 The Munster team to face Racing 92 in the Champions Cup on Saturday evening at Thomond Park shows three changes to the side that defeated Ospreys last weekend as JJ Hanrahan, Tadhg Beirne and Jack O’Donoghue all come into the starting XV.

Mike Haley starts at full-back with Andrew Conway and Keith Earls on either flank. Rory Scannell and Chris Farrell continue their centre partnership with Conor Murray and Hanrahan in the half-backs. Tyler Bleyendaal reported stiffness this week and was unavailable for selection.

Last week’s Man of the Match Jeremy Loughman, Niall Scannell and John Ryan pack down in the front row, while Beirne partners Jean Kleyn in the engine room. Jack O’Donoghue is named in a back row that also includes captain Peter O’Mahony and CJ Stander, while New Zealander Alby Mathewson is among the replacements and is set to play his final game for the province.

Meanwhile, Racing 92 have named former Munster stars Simon Zebo (15) and Donnacha Ryan (4) in their starting XV. The Paris based side, coached by Limerick's Mike Prendergast, have named a very strong side, lead by captain Henry Chavancy at 12 and bossed by Finn Russell at 10. Kick off is at 5.30pm