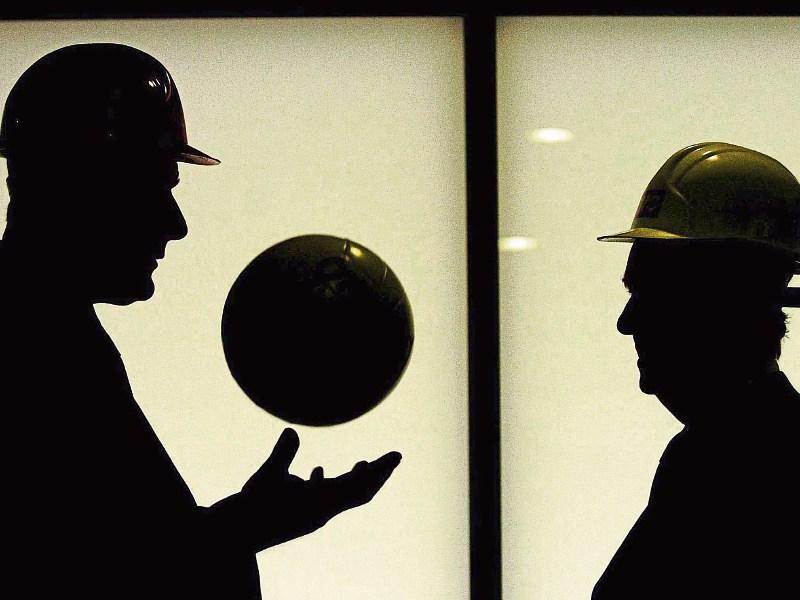 It began to look a lot like Christmas for so many sports clubs and organisations across Limerick last week as Minster Patrick O’Donovan splashed the cash with the announcement of the sport capital grants for 2018.

Limerick did well and in total €1.6 million was allocated across the county but it was no surprise that GAA clubs in Limerick once again topped the table.

The sports capital grants have been of great assistance to clubs across Limerick and the rewards can be seen in every corner of Limerick.

In total €37 million was handed out across the country with Dublin once again getting most money. The sport capital grants began in 1998 and since then just over €1 billion has been drawn down by clubs and organisations.

The money has had a major impact in so many communities and in total 998 clubs and organisations benefited from the 2018 grants. Ten thousand projects have been completed since the grants inspection and clubs are showing an even greater hunger for work in their communities.

Last year saw the highest ever number of applications for grants and it’s great to see such work and application in parishes and communities across Limerick.

O’ Donovan was on the ball when the news broke last week and said, “Every day I see the value of the sport capital grants, I see first hand the effect they have. Grants are a valuable part but the work and volunteer effort across Limerick is outstanding.”

It is really heart warming to see the number of projects that have started or are well advanced across Limerick.

The drive and ambition by GAA clubs in Limerick is simply fantastic and it’s great to see that some clubs have some very ambitious plans going forward.

Money awarded from the sport capital grants benefit so many levels and according to Patrick O’Donovan it plays a major part of providing facilities,

“Grants are very important and they assist clubs with great plans. They are just a part of the jigsaw and we must never forget the work that clubs and communities do themselves. The leadership they show and the work that they do has a real and lasting impact for all in the community. It takes a lot to get projects completed and I know first hand the impact the sport capital grants has. They are a major boost and injection and they allow the dreams of communities and clubs be completed.”

One of the big winners in this years grants has been Patrickswell who have major plans for the development of a second field and also further upgrades at their grounds.

For decades this famous club were more focussed on matters on the field and they certainly produced the goods in that area. They might have missed the boat during the years of the Celtic tiger but having recently secured more land they are now ready to drive forward with development.

I can remember with great clarity when Patrickswell won the senior championship in 1987. They have a tradition of walking up the Main Street and onwards to the pitch.

I was leaning over the fence at the pitch and I uttered the following to that great club man Jimmy Carroll a founding father,

“Such a great team and such a poor pitch.” He was fast with his reply,

“Have a good pitch and you will never have it for yourself.” Those words stayed with me but times have changed and clubs have moved forward. Everyone now expects better standards and facilities and I am sure Patrickswell will match the best when they are finished.

They have made improvements in recent years but they have ambitious plans for the future.

The biggest allocation of funds in Limerick GAA went to Askeaton GAA club. This club venue was once very prominent for holding major fixtures both in Limerick and Munster council level.

It was also the home for Limerick senior football league and championship fixtures and travelling teams found it a difficult venue in which to win.

To achieve such a major grant shows how ambitious the people involved in the club are. They have worked very hard in recent years upgrading the venue but the committee are showing great foresight.

Askeaton is a very well located venue just off the N69 and it would once again be an ideal base for Limerick senior footballers to base themselves from for league and championship.

Anyone that has been to the Croom GAA grounds in recent times will see the fine development work that has taken place there. In this round of funds they have been awarded €64,000 and that will assist in the completion of works.

Other clubs that did well were, Oola who also got €64,000 while Garryspillane once again were at the table and were awarded €39,000. Long time Chairman Jim Dooley has seen the value of the sport capital grants first hand.

“We could not have achieved what we have without the benefit of the grants. Of course we had to match the funds we got but it would be almost impossible to do what we did without the assistance of the grants.”

Jim Dooley and his committee have done a huge amount of work over the past few years. A new field, fully floodlit facilities and more to come just shows the power of people working together.

According to Patrick O’Donovan the demand from clubs and communities is continuing to grow,

“We have seen unbelievable interest from every club and community in Ireland and that is great to see. The grants are awarded on a scoring system and of course there will be clubs that will be unhappy with what they received but they can reapply.

“I would have to say that clubs have some great people in place now handling their applications. I speak to many of them in Limerick and they really have a very good handle on what is required by the department now.

“One of the most pleasing aspects for me as a member of government is to see clubs and communities bring their plans from drawing board to completion. I see projects right across Limerick and how they have benefited the areas.

“The GAA has led the way in development in parish and community life since its inception and they certainly know the way around grant applications. The last couple of years has been fantastic for Limerick GAA and the clubs that provide the players start out at local level. The leadership by small and bigger GAA clubs is just amazing in Limerick.”

Having a government Minister in Limerick is certainly a help for all sporting organisations in Limerick.

In that regard Patrick O’Donovan has not been found wanting, “I am aware of the great work done by all sporting organisations but it was my father that thankfully took me to GAA games and he fostered the love of gaelic games in me.

“The GAA is the bedrock of so many communities and in Limerick we have some of the finest people working at club level. I think it’s only right that they should be supported and I take great pride in helping them and playing a small part.”

When the GAA was founded the following words were recorded,

“For the glory of the little parish,” well that was in 1884 and tradition has played such a great part in the love of games and community has been handed down through the generations.

Long may it continue.