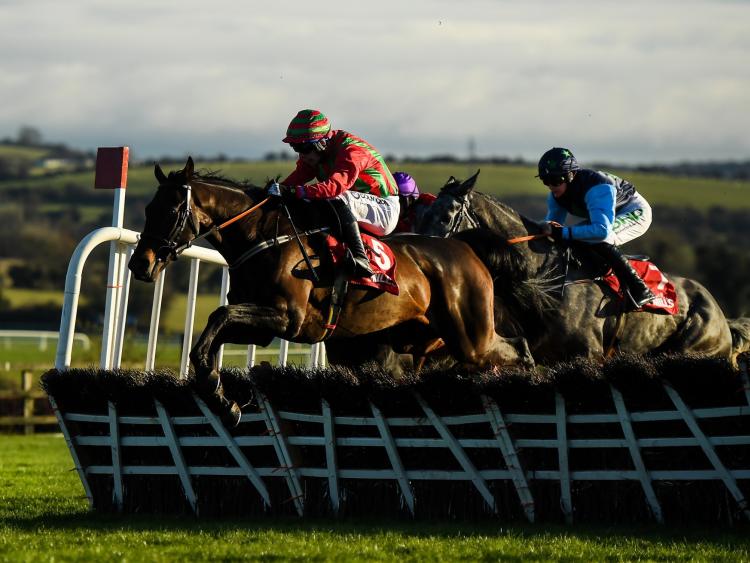 The Limerick owned and trained Alpine Cobra, with Kevin Brouder up, left, jump the last on their way to winning the Connolly's RED MILLS Irish EBF Auction Maiden Hurdle at Punchestown on Sunday

Alpine Cobra carried the colours of the Limerick-based Nay Syndicate and is trained in Ballingarry by leading handler Charles Byrnes.

Alpine Cobra, who had won a bumper at Limerick Racecourse in 2018, finished a creditable third on his first racecourse appearance for some time over hurdles at Navan earlier this month.

The six-year-old, who went off the 1/1 favourite at Punchestown, who hit the front in the 2m 6f contest approaching the last, kept on well on the run-in to beat Fully CHarged by a length and a half much to the delight of his connections.