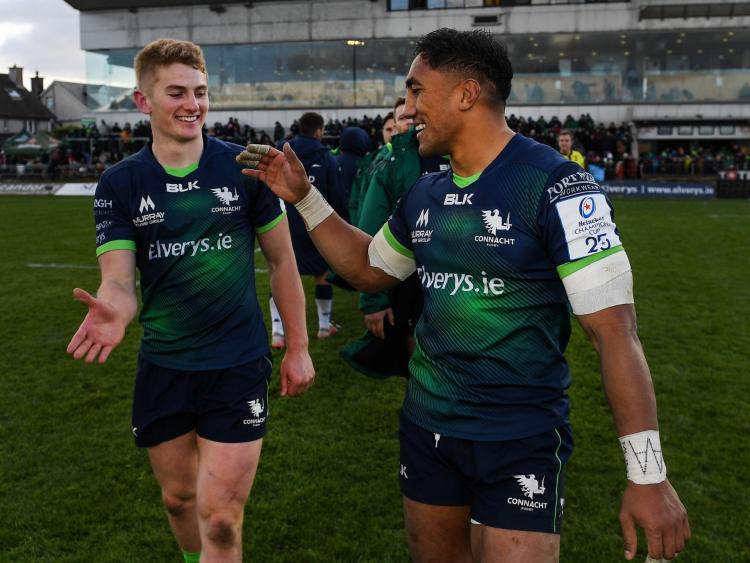 Conor Fitzgerald, left, is congratulated by team mate Bundee Aki at full-time in Connacht's Heineken Champions Cup win over Montpellier at the Sportsground on Saturday

In an interview with Newstalk's Off the Ball show on Monday, Fitzgerald admitted that when he was released by Munster he thought his chances of becoming a professional rugby player were gone.

Twenty two-year-old Conor Fitzgerald has made six appearances for Connacht to date this season and has now amassed 44 points.

The talented playmaker was among three players from the Connacht Academy to sign their first professional contracts with the province this season.

Shannon RFC player Fitzgerald, who played in an All-Ireland minor hurling final for Limerick, signed a pro contract with Connacht before the start of this season.

Conor Fitzgerald's 24-year-old brother Stephen is also a member of the Connacht senior squad. Stephen left Munster to join up with the Western province initially on a short-term deal last December. It was later confirmed that Fitzgerald's switch to the Sportsground had been made permanent.

Fitzgerald made his PRO12 debut for Munster in September 2015 against Ospreys at the Liberty Stadium, scoring his first senior try.