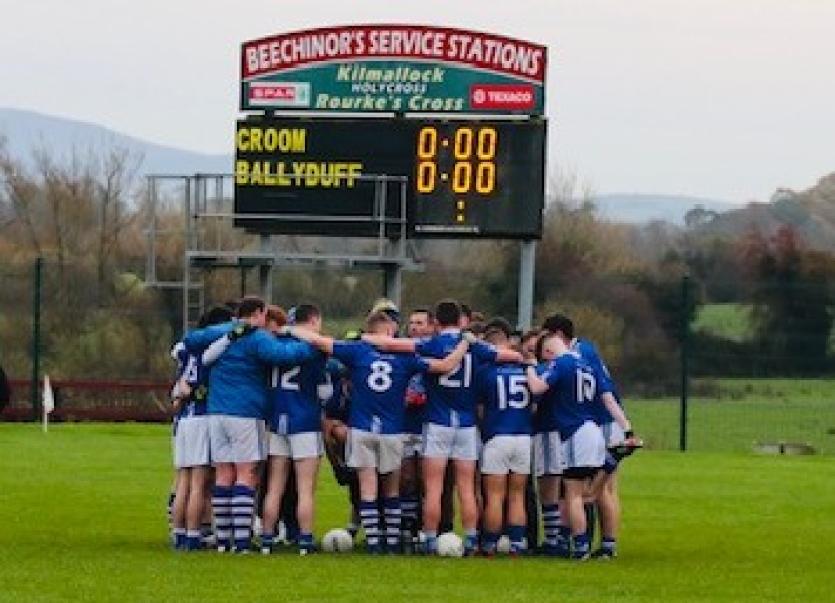 CROOM advanced to the Munster GAA Football Junior A Club Championship semi-finals thanks to a 0-8 to 0-6 win over Ballyduff Lower in Croom on Saturday afternoon.

Both sides could have had a goal apiece in the opening half but both goalkeepers well equal to opportunities from Jack Harrington and Mark O'Kelly.

A Mark O'Kelly point four minutes after the restart opened up a three point lead for Croom.

Three Eoin Cummins points in a row made it a one point game going into the final eight minutes.

Substitute Eoin O'Farrell restored Croom's lead to two before as Croom held out for a hard-fought but well-deserved two point victory.

Croom now face Mullinahone of Tipperary next weekend as the south Limerick side look to book their place in this year's Munster GAA Football Junior Club Championship final.