Opinion - 'O'Neill is now in the hot-seat' - Martin Kiely 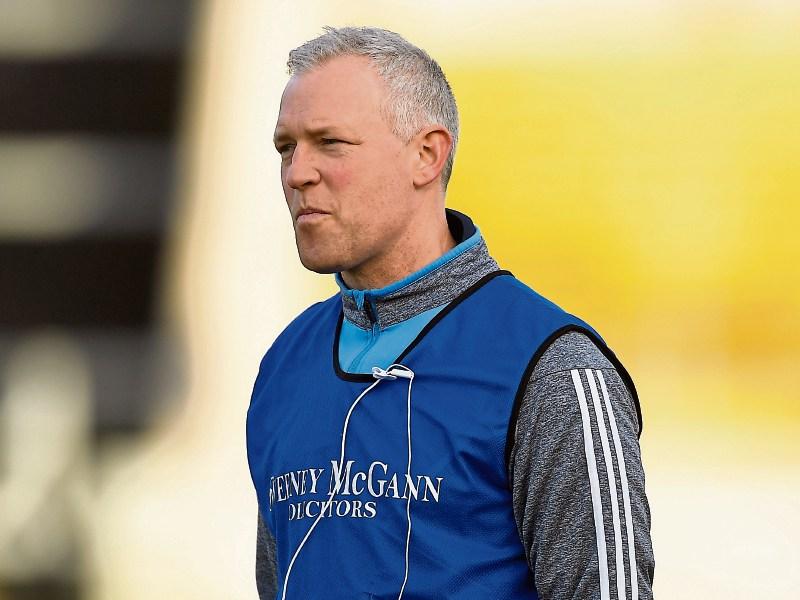 Former Na Piarsaigh manager Shane O’Neill will have one of the hottest seats in hurling next season as he leads the Galway hurlers into battle in 2020.

It’s a massive appointment for O’Neill who takes over from Michael Donoghue who guided Galway to All-Ireland success in 2018.

That win should have provided the platform for much more success but sadly there are serious problems at board level in Galway.

Picking Shane O’Neill was a wise choice but the county is very much divided and they will hope that he can bring some unity to all sides.

Despite asking a number of people from within none were prepared to work with the board. There were a few other names mentioned but Shane O’Neill impressed in his interview.

He has gained a lot of experience with Na Piarsaigh and brought great success to them but deep down he will know this is a very different prospect. The thing about managing county teams is that you don’t really get time to learn on the job.

Galway still have the ability to be serious contenders as the majority of the winning All-Ireland team are still available. It was no surprise that Shane O’Neill would enter the big stage and he has certainly gone in close to the very top with this Galway job.

Shane O’Neill will have little time for reflection as Galway are a couple of months behind others. It takes a lot of work to get the backroom team that you want and in most cases the guys are already in place with other counties.

Michael Donoghue had a superb backroom team and it will be interesting to see if any of them will come on board with O’ Neill. The level of planning now associated with county teams is enormous and this is something Shane O’Neill will become acquainted with very quickly.

His primary role will be to return Galway to winning ways but there are many sideshows to manage and the quality of his backroom team will be very important. He is a manager of people, on the field, off the field and sometimes interference from the County Board will sidetrack him but he must be his own man. How he pulls all of the parts together will define his term as manager of the Galway hurling team.

After many years of great work by some far thinking people Na Piarsaigh made the breakthrough in Limerick in 2011.

It had been on the cards for a while but once they crossed the line they really matured. Shane O’Neill was the manager of that famous win.

During his term as manager they were unbeaten in Munster, winning three titles and of course the All-Ireland title. The first Limerick club to lift the Tommy Moore Cup. That was a special day in Croke Park.

That win was a boost for Limerick but especially for the Na Piarsaigh club and its founding fathers who showed such vision in founding the club.

Winning those titles would have put a firm foundation under Shane O’Neill and that would not have been lost on Galway.

He enters Galway at a time of great upheaval and it will take time and careful planning to get all sides working together. Shane O’Neill will have learned a lot in his Na Piarsaigh journey, it was hugely successful and very few get to taste success with their own club. It will be very different in Galway.

Ultimately he will be judged on his results. He will be very aware of the challenges facing him and how the entire set up within Galway County Board has been chaotic.

Taking over from a successful manager is never easy and even more so when the players didn’t want Michael Donoghue to step down.

He was hugely admired by the players. He was cool but very much in control. He found the best people to work in his backroom team and as a unit they brought success to Galway. Shane O’Neill can only worry about the future, that is what he will be judged on.

What has gone before has little to do with him but he must find a way to get the best out of the older players but more importantly develop new players. Despite winning at minor level Galway have struggled to get a percentage of them to senior level. This will be an early task for the new manager. He was present at the Galway final last Sunday but now the real work begins.

Shane O’Neill is not the first Limerick man to travel outside the county to manage a county team. The most famous of course was Eamon Cregan who won All Ireland success with Offaly in 1994.

Others in Limerick have gone to teams like Westmeath and Kerry but by any standards the appointment of Shane O’Neill to Galway is significant.

He has never operated at this level before, never been part of a county set up as selector or backroom team. They have placed great confidence in him and in some respects the fact that he has not been involved with others before might well be to his advantage. He will be busy for sure.

The job carries a huge workload and that will become very apparent in the coming weeks and months. It’s a great honour for himself personally and indeed for his family who have a lifetime involvement in the game but also for his club Na Piarsaigh.

As someone that was very invested in developing players in Na Piarsaigh he will now find himself finding a way to curtail some of his former charges when they meet early in the National League. I wish him well in his new post and I am sure he will grow into the job very quickly.

It was a brave effort by Newcastle West who fell to Cork champions Nemo Rangers in the Munster Club championship last Sunday. Nemo Rangers are a formidable team with a great record in the club championship and from a Newcastlewest point of view they produced a good solid display. Nemo will fancy their chances of going all the way in Munster so it shows Newcastlewest represented their club, supporters and Limerick really well.

Vastly experienced Ballygunner of Waterford always looked like they had the better of Patrickswell in their Munster semi final meeting in Walsh Park last Sunday.

I mentioned last week that Ballygunner would take a lot of beating and it turned out that way as the multiple Waterford winners showed a fair deal of quality to come out a week from their last game to win against the Limerick champions.

It was made all the more difficult for Patrickswell when they lost Brian Murray to injury before the game. Murray was a significant loss and that would have upset the Patrickswell plan.

It may not feel like it this week but it has been a good year for Patrickswell.

Winning the senior championship and with new players coming through the future looks bright. Ballygunner now face Borrisoleigh in the Munster final and they will enter the game as firm favourites.