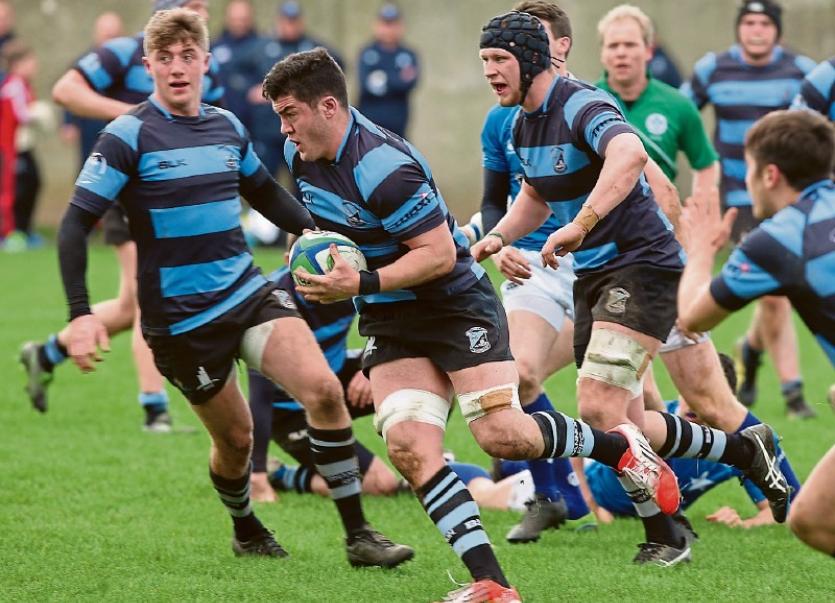 CLINICAL Shannon got back to winning ways in Division 1B of the All-Ireland League after scoring a precious 26-14 bonus point victory over City of Armagh on Thomond Park's back pitch on Saturday afternoon.

The complexion of the game changed in the 10 minutes before half time as Shannon, who had trailed 5-7 to that point, stunned their visitors with two converted tries to lead 19-7 at the break.

City of Armagh, who began the day in third place in the 1B table, two spots higher than Shannon, had enjoyed the majority of possession and territory to that point. City of Armagh got themselves right back into the game with a well-worked try after 51 minutes.

However, resilient Shannon stung their opponents when striking for their bonus point try in the 70th minute from Kelvin Brown against the run of play to finally break the visitors' resolve.

It was the ideal way for 'The Parish' side to respond to their disappointing 34-14 defeat awy to Banbridge last weekend. It was also Shannon's third win in their last four AIL fixtures.</p

City of Armagh raced into a useful 7-0 lead with a well-worked ninth minute converted try to make the best of starts.

Shannon hit back with a try of their own on 27 minutes when the home side managed to block down a kick from the visitors close to half way and an alert Jamie McGarry gathered possession before racking clear to score.

Those two tries before half time from a Pa Ryan intercept on 35 minutes and a fine individual effort from second row Lee Nicholas just before the break changed the complexion of the game.

City of Armagh were well in the contest when a second converted try in the 51st minute brought them to within a score of their hosts.

To their credit, Shannon defended and tackled tenaciously through the second quarter as the Ulster side fought to add to their points tally.

WATCH: Out-half Ben Daly was in fine form with the boot for @Shannon_RFC in their 26-14 bonus point win v City of Armagh in @EnergiaEnergy All-Ireland League Division 1B at Thomond Park's back pitch. This was his easiest kick of the day #LLSport #EnergiaAIL @LimkLeaderSport pic.twitter.com/aLrcZe1oWT