EPCR 'disappointed' with Munster's opponents 'no show' at launch 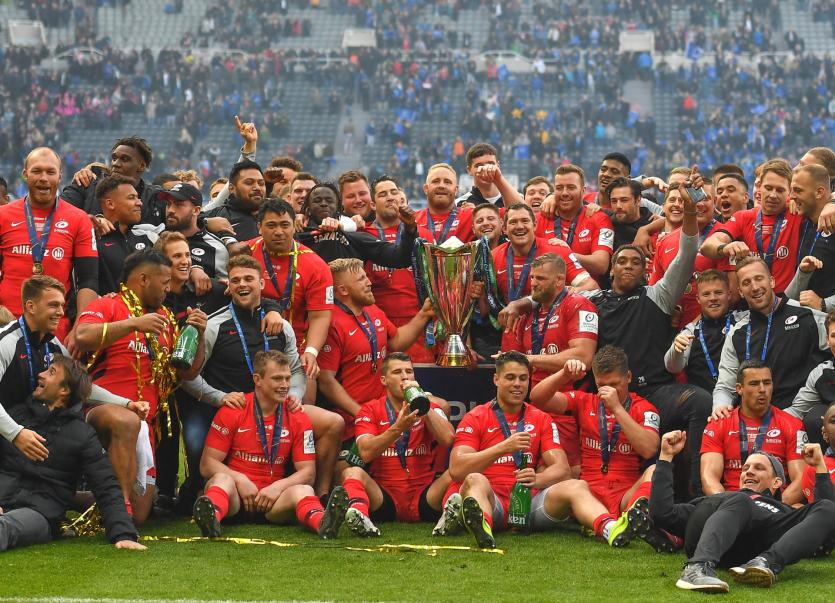 HEINEKEN Champions Cup organisers European Professional Club Rugby (EPCR) have issued a statement this Wednesday morning in response to holders Saracens' decision not to make any representative available to attend this morning's competition launch in Cardiff.

Munster are in the same pool as Sarries' in this season's Heineken Champions Cup with the sides set to go head-to-head in back-to-back fixtures in December.

Saracens defeated Munster in the semi-final of the Champions Cup last season.

Saracens were this week handed a 35-point deduction and fined more than stg£5m by Premiership Rugby after being found guilty of breaching salary cap rules.

The points deduction coming into immediate effect in the Premiership.

The five times that Saracens have finished as Premiership champions, a 35-point deduction would have meant they would not have reached the play-offs.

In their statement issued this Wednesday morning, EPCR say they are 'disappointed to learn of Saracens’ decision to make their club representatives unavailable for today’s official 2019/20 Season Launch of the Heineken Champions Cup and Challenge Cup in Cardiff.'

"EPCR will now consider what action is appropriate in this instance and will be making no further comment at this time."