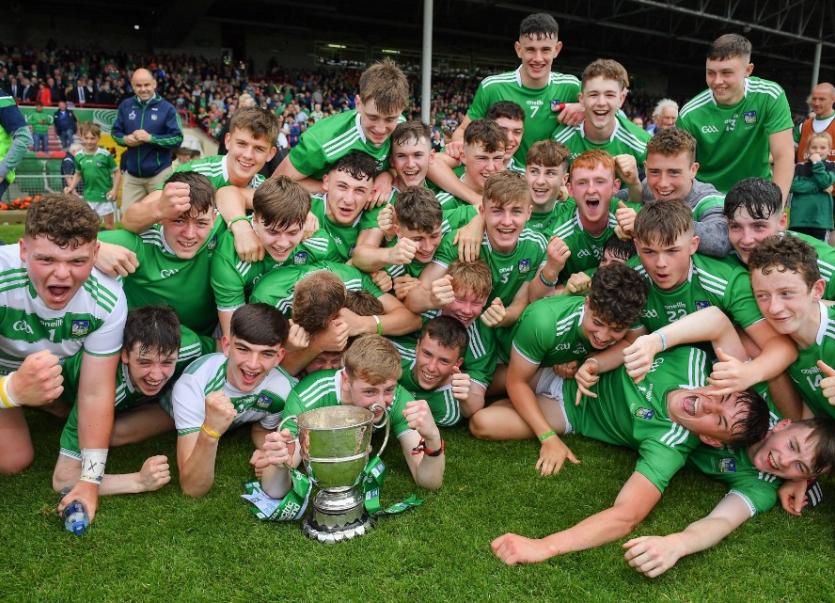 Celebration time for the Limerick minors after the Munster final win

The Limerick U17s secured an eighth Munster MHC title for Limerick and a first since 2014 when they defeated Clare in the provincial final in the LIT Gaelic Grounds on June 30.

The 33-strong panel of players will receive their medals at a function in the Woodlands House Hotel in Adare. Munster GAA CEO Kieran Leddy will present the medals to the victorious teenagers.

Limerick used 22 players in the five game run to the Munster title. It was a sixth Munster MHC final appearance for Limerick across the last seven years.

Across the 33-strong panel, 21 different clubs were represented.

Limerick were captained by Adare's Michael Keane with Cathal O'Neill of Crecora-Manister the vice-captain.