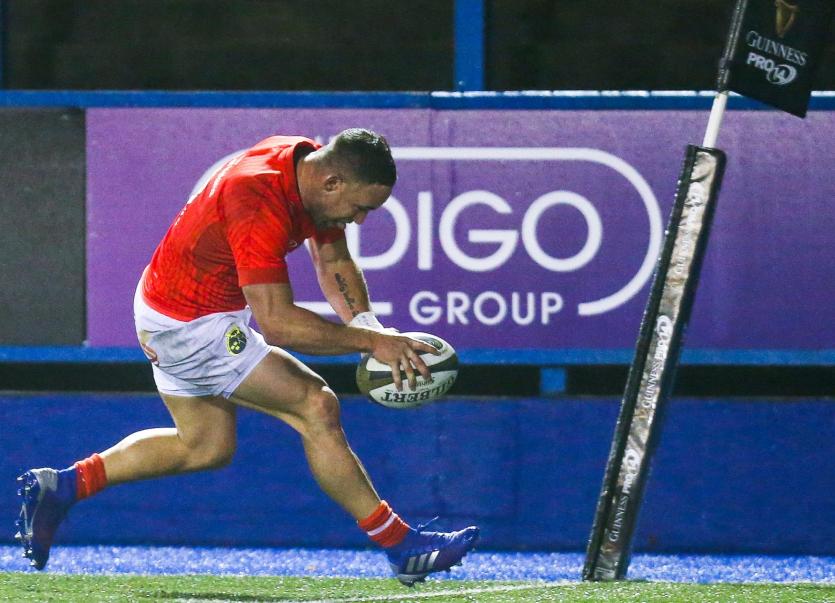 The return of 12 players from the Ireland squad is a boost to Johann van Graan's charges ahead of that crucial clash with Ulster and their opening Heineken Champions Cup fixture against the Ospreys at the Liberty Stadium on Saturday week.

Munster moved to top spot in Conference B of the Guinness Pro14 with an impressive 33-23 bonus point victory over the Cardiff Blues at Cardiff Arms Park on Saturday night.

Scrum-half Alby Mathewson grabbed a brace of tries, while Limerick winger Calvin Nash and South African back-row Chris Cloete also touched down for the winners. Man of the Match JJ Hanrahan kicked 13 points with the boot.

Hanrahan said: “Any time you come to the Arms Park it is a massive challenge. They had caught us two years in a row here before this.

“We marked this one in our calendar pretty early in the year, we knew it was going to be a huge challenge.
“We made 11 changes from the last day, but I think it's the beauty of our squad, we really trust it, particularly in a World Cup year, you're going to need your squad massively and I think the boys today were unbelievable, especially some of the young guys that turned up. As an older member of the squad I was happy to get out alongside them.”

Munster head coach Johann van Graan was pleased with a first victory over the Blues in Cardiff since March 2017.

Van Graan said: “We had struggled here for the last two seasons and we really wanted to make this one count.

“We defended pretty well in the first half, even though they scored at the end to get back level, and we were all pretty calm in the break. The second-half performance was really good.”