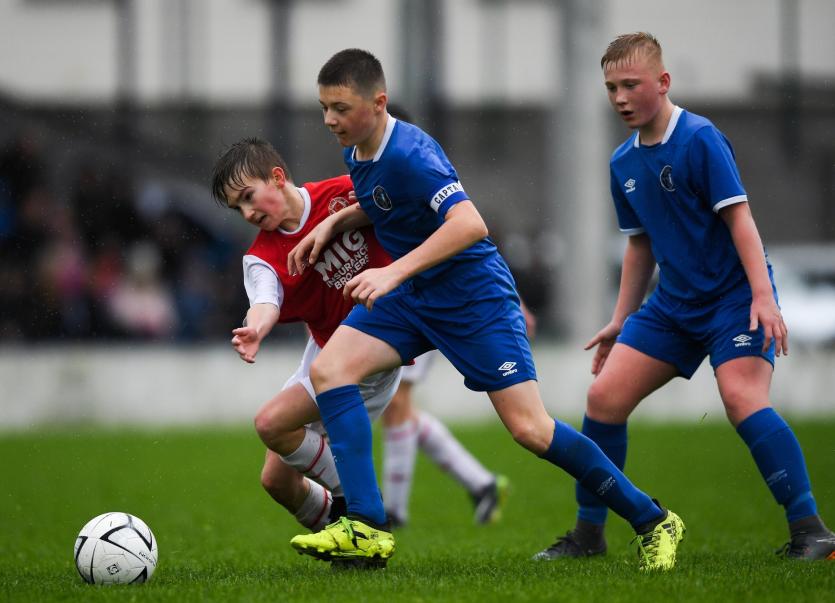 LIMERICK FC U13s succumbed to 5-3 defeat against St Patrick's Athletic in the SSE Airtricity U13 League Cup final at a rain-swept Jackman Park on Saturday afternoon.

An early Cillian Mulvihill goal gave Limerick the lead with just five minutes on the clock.

Lively winger Jamie Forde did well to find Mulvihill inside the St Pat's penalty area and after an initial goal line block the Limerick striker bundled the ball over the line.

Despite Limerick's early dominance, influenced by the impressive Mulvihill,  The Saints began to take a stronghold on the game.

Two goals in quick succession gave Pat's the lead just after the twenty minute mark as both Brian Moore and
Caighlum Barry-Mulvey found the net.

On the stroke of half-time Roland Uzoma grabbed his first of two to make it 3-1 to Pats at the break.

Moments after the restart, Uzoma took full advantage of some sloppy defending from Limerick to put three between the sides.

A superb Cillian Mulvihill free-kick gave Limerick a glimmer of hope but Pats proved too strong in the latter stages.

Christian O'Reilly scored late on before substitute James Kenneally grabbed a consolation for Limerick as Pats ran out comfortable 5-3 winners.