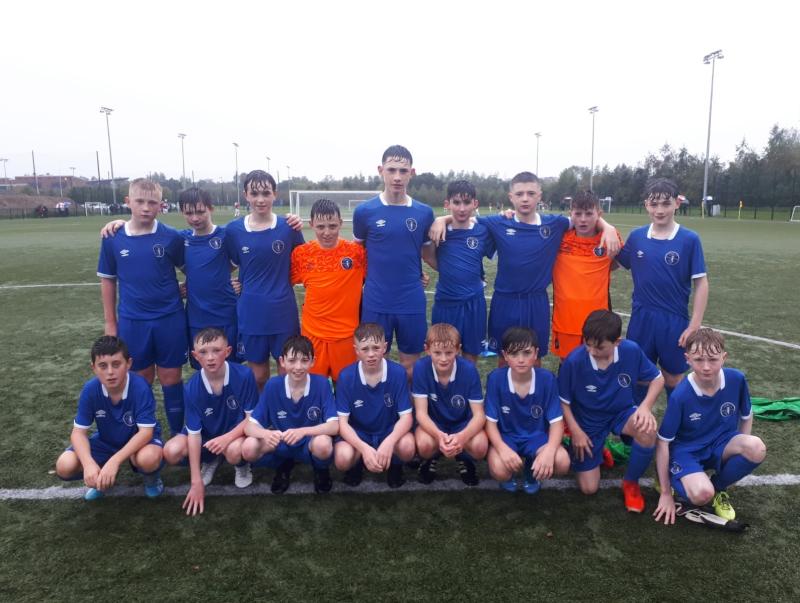 LIMERICK FC U13 side's face St Patrick's Athletic in the SSE Airtricity U13 League Cup final in Limerick this Saturday.

Limerick FC will have home advantage for the showpiece final which goes ahead in Jackman Park with a 1pm kick-off time.

The Blues reached the final thanks to a thrilling 1-0 semi-final win over Cork City two weeks ago at Hogan Park.

The exciting Cillian Mulvihill netted the only goal of the game in the opening half.

St Pat's joined Limerick in the final on Saturday after recording a 2-0 semi-final win over Shamrock Rovers at Richmond Park on Saturday last.

Niall Connolly is head coach to the Limerick FC U13 side and he is joined in the backroom team by Ciaran O'Reilly, Sean Russell and Denis Haverty.

Preparation for Limerick FC U13s SSE Airtricity League campaign began back on January 4 last as the management team began to prepare the players for the season under their Academy structure which embodies the ethos of ‘developing the player, developing the person’.

The Blues league campaign began with the Shannonsiders placed in Group 2 for Phase One of the competition along with Cork City, Galway Utd, Cobh Ramblers, Athlone Town and Kerry.

Limerick finished second in the group, earning the right to qualify for the Elite Phase of the competition, where they joined Shamrock Rovers, Bohemians, Klub Kildare, Cork City and Galway United.

After the Elite Phase was completed, Limerick competed in the SSE Airtricity U13 League Cup. Limerick defeated the Mayo league 3-1 and Galway Utd 2-1 to set up that home semi-final showdown with Cork City which ended in a 1-0 win for the Blues.

Looking ahead to next weekend's final, Limerick FC U13 head coach Niall Connolly said: “It is a proud moment for the club of Limerick FC as we have the privilege of hosting the final in Jackman Park.

“This a great opportunity for all supporters of Limerick FC along with the North East Munster leagues of Limerick District, Limerick Desmond, Limerick County, Clare, North Tipperary and South Tipperary to come and show their support towards this amazing group of young players.”

The Limerick FC squad has held 116 training sessions this season.