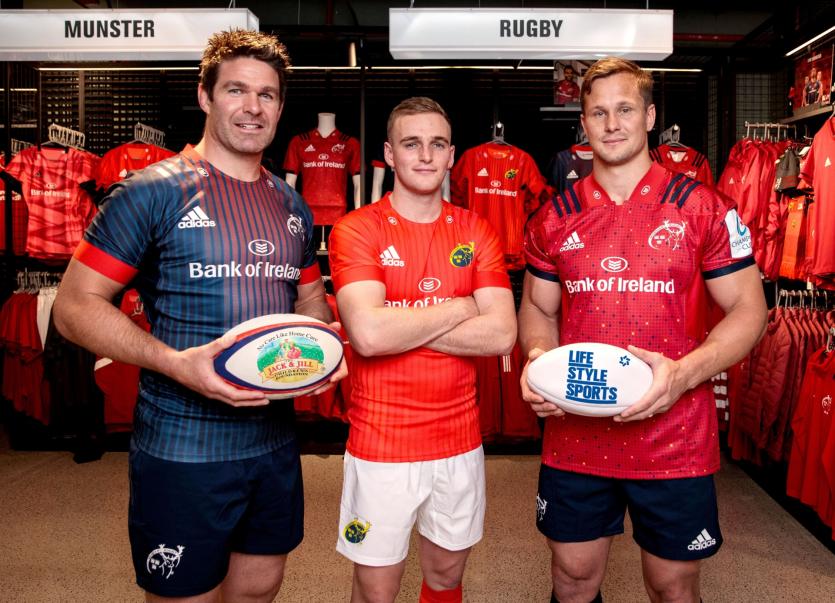 Munster's Billy Holland, Nick McCarthy and Arno Botha at Life Style Sports, Dooradoyle where details of an initiative where fans can support the Jack and Jill Children’s Foundation were announced

MUNSTER back row Arno Botha will always have a special link with Siya Kolisi, the first black man to lead the Springboks and South Africa's inspirational skipper in Saturday's World Cup final in Tokyo.

When 28-year-old Arno Botha was forced off early on with an injury in South Africa's 2013 home Test match with Scotland, he was replaced by debutant Kolisi.

The pair knew each other well as they had played together previously with the South African U20s.

Botha said: "Our captain Kolisi came on for his first cap instead of me in the Scotland game in June 2013.

"I injured my shoulder in the  fourth  minute and he came on and and got Man of the Match.  We played Under-20s together also so we know each other very well."

Botha will be in Cardiff on Saturday morning ahead of Munster's big Guinness PRO14 clash with the Blues when the World Cup final is getting underway in Tokyo.

While he plans to watch the final and appreciates the significance of it for the people of South Africa, the two-time capped back-rower insists his main focus will be on Munster's Pro14 fixture later in the evening.

Botha said: "That’s (World Cup final) only a game on Saturday to watch. I won’t get stressed about that, I can’t do anything about it.

"I must concentrate on Munster but I’m just excited about the players and my friends there.  I think South Africa has a great chance, they have everything under control and I really do believe we are going to win it.

"Last year we had twenty questions before a game and I put those questions in a book, and I said South Africa beating New Zealand in New Zealand and that’s a good forecast for the World Cup.

"We can take confidence from that. We have great respect for that group, that tight group, Rassie (Erasmus) is obviously doing a great job with them and we are very excited for the final."