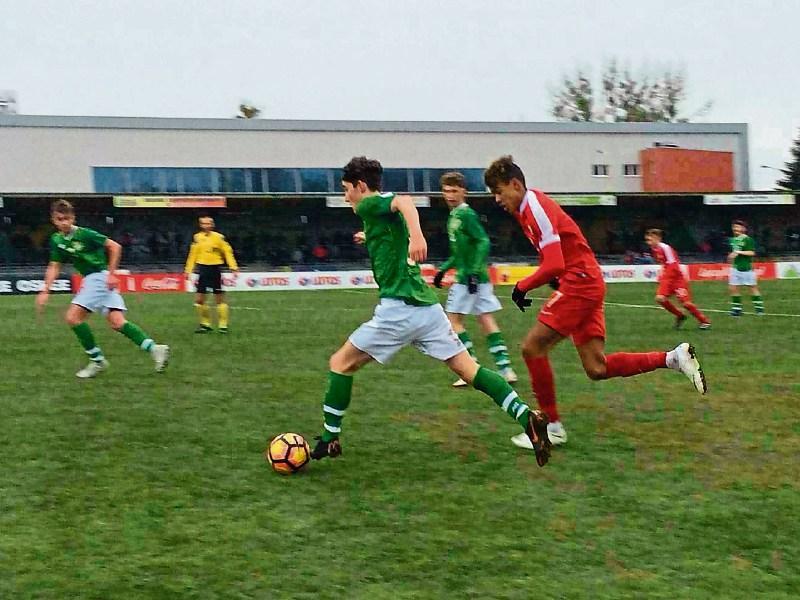 TALENTED Limerick teenager John Ryan is included in the Rep of Ireland U16 squad for this week's Victory Shield competition in Wales which kicks off today, Bank Holiday Monday.

Fifteen-year-old Ryan has been named in Paul Osam's 20-strong squad for the prestigious tournament which sees the Rep of Ireland face Scotland in Wrexham today, Monday, 11am

The Rep of Ireland will take on hosts Wales this Wednesday, October 30 and Northern Ireland on Friday, November 1 all at Colliers Park, Wrexham.

The Under-16 squad return to the UK after their last outing saw them draw 3-3 with England at St George’s Park in August.

Castletroy's John Ryan started that game in defence for the Rep of Ireland U-16 side which trailed by a goal at half-time, 1-2, against England before rallying to secure a thrilling 3-3 draw with their hosts.

Republic of Ireland U16 squad: