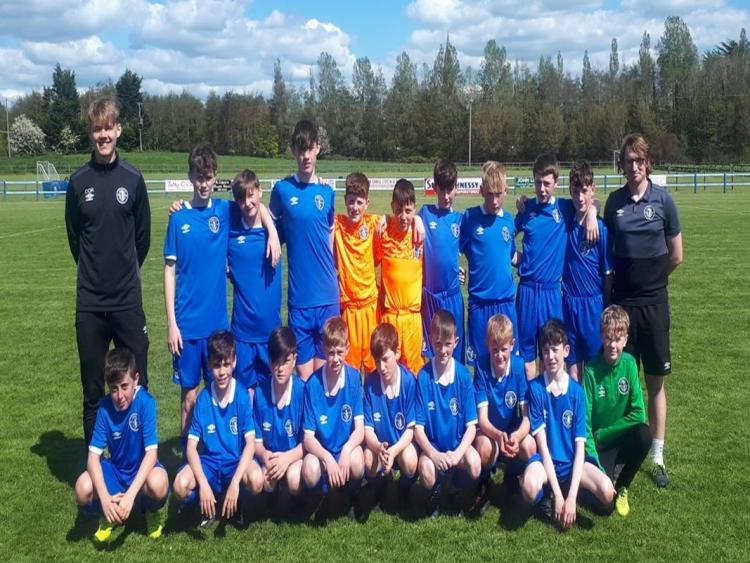 The Limerick FC U13 squad and members of the coaching team

THE fixture details have been confirmed for Limerick FC U13 side's big SSE Airtricity U13 League Cup final showdown with St Patrick's Athletic next weekend.

Limerick FC will have home advantage for the showpiece final which will take place next Saturday, November 2 in Jackman Park at 1pm.

The Blues reached the final thanks to a thrilling 1-0 semi-final win over a fancied Cork City side 10 days ago at Hogan Park.

The exciting Cillian Mulvihill netted the only goal of the game in the opening half.

St Pat's joined Limerick in the final on Saturday after recording a 2-0 semi-final win over Shamrock Rovers at Richmond Park on Saturday last.

Niall Connolly is head coach to the Limerick FC U13 side and he is joined in the backroom team by Ciaran O'Reilly, Sean Russell and Denis Haverty.