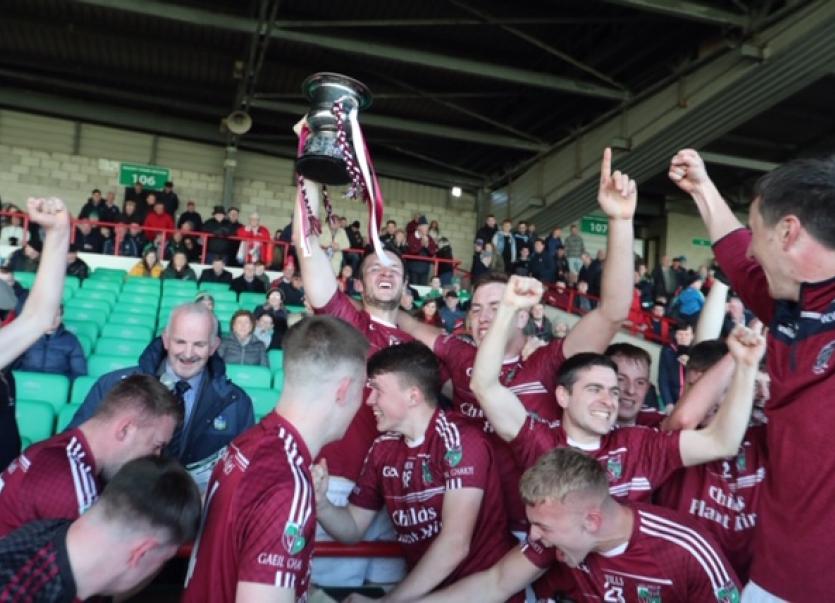 This replay in the LIT Gaelic Grounds finished Galtee Gaels 1-11 Gerald Griffins 0-12 - a first win in this grade since 1993 for the men from Anglesboro and Kilbehenny.

The south Limerick side will be in Munster club action on November 10 when they play Clare winners St Breckans at a Limerick venue.

Two weeks ago these sides finished 1-8 each in the drawn final, so it was no surprise when it was 0-7 each at half time in this replay.

And, four wides each after the sides had been level on two occasions across the 30-minutes.

Gerald Griffins made the early running and were 0-5 to 0-1 ahead after 12-minutes.

Padraig Gallahue almost had a Galtee Gaels goal after two minutes but the only score for his side in the opening 13-minutes was a sixth minute score from Bob Childs.

At the other end of the field, Gerald Stack, Dara Noonan, Adrian O'Sullivan and Jamie Long were all on the mark as the men in green and white build a four point lead.

Then the Loughill-Ballyhahill side were to score just twice in the next 22-minutes of action.

Four points from play in the opening half from Man of the Match Bob Childs inspired the Galtee Gaels fightback.

It was the 18th minute before Sean Casey joined the full forward on the scoresheet and it was now 0-6 to 0-4.

The Casey score was the first in a run of four successive Galtee Gaels points that saw the men from the parish of Anglesboro and Kilbehenny go ahead for the first time in the 27th minute when Tommie Childs lofted over from 40-metres.

It fell to Jamie Long to level up again in injury time to send the teams deadlocked into the half time dressing room.

Just 36-seconds into the new half Gerald Griffins were denied a goal when Donal McGrath saved brilliantly from Sean O'Connor.

Tommy Griffin converted the resulting '45 but three minutes later the ball was in the net at the other end when Derek Gallahue blasted home from close range after an exchange with Sean Clancy.

Padraig Gallahue and another Childs free had the men in maroon 1-9 to 0-8 ahead with seven minutes gone in the second half.

Back came Gerald Griffins when substitute Michael Thornton announced his arrival with two quick-fire points and all of a sudden there was just the goal between the teams with 10-minutes to play.

There was to be just one point in the final 10-minutes - Gerard Stack with a late free.

So no Galtee Gaels score beyond the 17th minute of the second half but they held on for a merited win.