Opinion: 'Nothing ever happens unless leadership is shown' - Martin Kiely 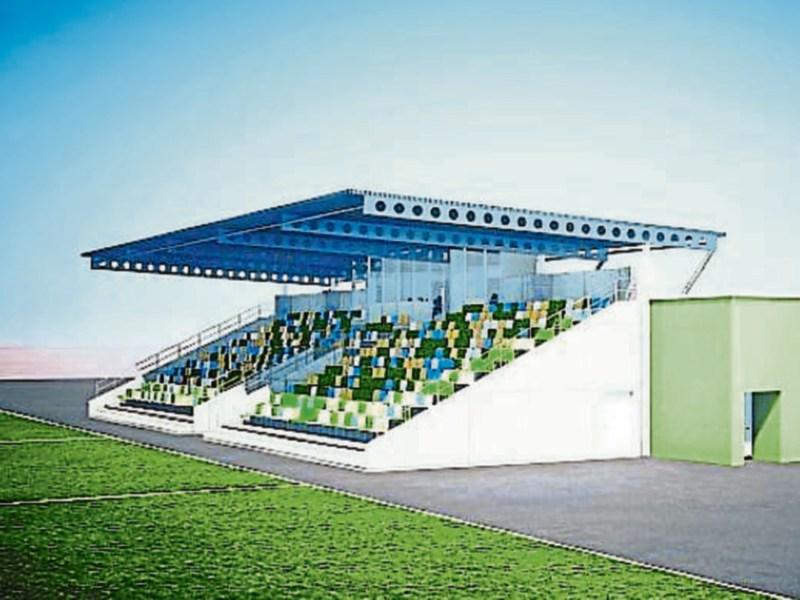 What is the future for Mick Neville Park

In the near future it is possible that a new stand and some further improvements will take place at Neville Park in Rathkeale. The venue has had a fair bit of development over the years but despite this it has been in a poor state.

Over the years the Limerick County Board have sold off parts of the land in Rathkeale and that proved to be very rewarding for the board.

The Limerick County Board needed to have a centre of excellence better located and I have said before that Croom would have been a superb location. A huge amount of money has been spent in Rathkeale but while people on the County Board might wish to proclaim its importance, privately they will say otherwise.

That being the case it’s really disappointing that such little leadership has been shown in relation to this project.

A new stand is due to be build in Rathkeale, mind you a much smaller one than was first presented. Will a stand make the difference? Well, I don’t think so.

All of the Limerick Academy training is now done at the University of Limerick. For years parents drove from all over the county to Rathkeale. It was a huge effort for them but to their credit they did.

The county teams for the best part have also turned their back on Rathkeale and while some club, college and blitz games take place there it really does not fit the needs right now.

When it came to building an all- weather field at the venue it turned out to be too small. To add to that the surface is very poor and for the best part it remains not used.

The standard of maintenance and the level of neglect was clear to be seen simply because the County Board didn’t have the resources to maintain it properly.

Will adding a stand make it any better? The County Board will suggest grant aid is available and passed from the Munster Council and Croke Park but is that a good reason to add to the underused development in Rathkeale?

I have said on many occasions there is a lack of vision at County Board level in Limerick.

Rathkeale is another example of that and it really worries me that they have plans also to develop on the Kilmallock road site near Limerick City.

Someone on the board or indeed the clubs need to stand up and ask some questions about both projects. Many years ago I suggest that Limerick County Board should have joined forces with the University of Limerick and much like Munster Rugby their centre of excellence should have been at this top rated University.

They could have done a joint venture with them and that would have placed Limerick GAA in a very good place for the years ahead.

Sadly, that didn’t happen but they still have an opportunity to sell Rathkeale, buy and build a new state of art centre of excellence in a more central location.

They can come up with all the reasons why Rathkeale is the place to be but any proper measure would say that they are wrong. Some County Boards have shown great vision and Limerick can learn a lot from what they have done.

Half of money from the LIT sponsorship goes towards paying rent for office space at the Munster Council office.

Limerick GAA are paying heavy rates for the Gaelic Grounds to Limerick City Council. It is only right that its offices should be at the Ennis Road Stadium.

Liam Burke as treasurer knows the figures, he will know how paying rent and having no long term benefits is not a good way of doing business. I am sure he could present a very good case for returning to the Gaelic Grounds.

Having the offices of the Limerick County Board away from the Gaelic Grounds sends out the wrong message. The County Board want people to support the stadium, spend money on sign advertising and so on while the County Board say its not good enough for them.

It’s about having pride in our stadium and that starts with having your office based on site.

From a development point of view Limerick has made some very poor choices in the past. They are now paying the price for those decisions.

They look like they are on track to repeat it once again unless someone shouts stop. Limerick County Board needs to completely reevaluate all of the property it currently has.

It needs to put together a new committee under an independent Chairman. The man best placed to do this job is former Monaleen Chairman

Tom Crosse is very well respected in his profession as auctioneer and the head of GVM sales in Limerick.

As Chairman he has the skills from all sides and along with a small number of people they could bring forward a very detailed report in a very short space of time.

Bad ideas now have no ability to improve in the future and its incomprehensible to plough forward without a well thought out plan that will deliver for Limerick now but also for next fifty years.

We are entering a time of great chance in the GAA, a time that will see so much change. Limerick GAA needs to lead and prepare for changes now.

The County Board owes to the current players, supporters and the many loyal GAA people that have served at club level. Much of what has been decided in the past has not turned out well and they now have a chance to make amends.

I think everyone in Limerick would welcome a review of the various locations of Limerick GAA. John Cregan as Chairman and Michael O’Riordan as secretary would meet little resistance if they said they had decided to have a review of where they now stand.

Have an open and transparent review. Put the right people in place and they will be thanked for showing leadership. Just because you get something for nothing doesn’t make it value for money now or indeed in the future.

Nothing ever happens unless leadership is shown, the question is who will show that leadership for Limerick GAA?