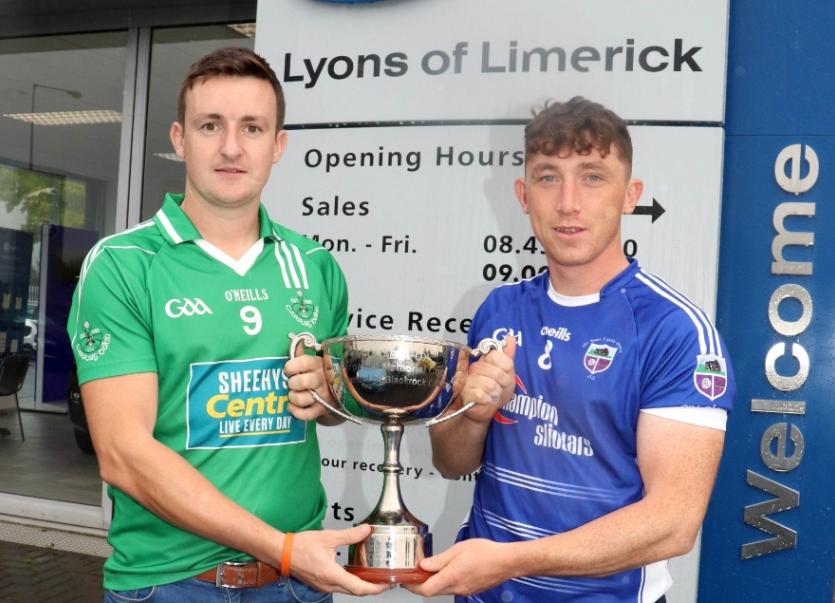 Paudie Leahy of Blackrock and Peter Nash of Kildimo-Pallaskenry

FOR the second time in three years a replay is needed in the Limerick Premier IHC final.

It’s hardly surprising that Blackrock and Kildimo-Pallaskenry needed a second go as they had also finished level when they met in the group phase.

Indeed both had two draws from seven outings in the group phase and Kildimo-Pallaskenry had finished level at the end of normal time in their semi final win over Bruff.

With Richie McCarthy (Blackrock) and Kyle Hayes (Kildimo-Pallaskenry) in Barbados on the Limerick senior hurling team holiday this replay was delayed.

Back on October 6, Paudie Leahy and Shaun Barry were the scoring heroes for their respective sides in the 0-18 each draw.

Blackrock will look to McCarthy, Leahy, the Moloney’s and Liam Walsh for leadership, while central to Kildimo-Pallaskenry’s quest are Hayes, Barry, Darren O’Connell, Barry O’Connell and Peter Nash.

This replay will be played under 'winner on the day' protocols.

If still level at that final whistle, penalties will be held. There would be an initial five penalties each and if required sudden death would eventually determine the champions.

The new champions will have home advantage on November 2/3 in the quarter final of the Munster club IHC against Cork’s Fr O’Neills.