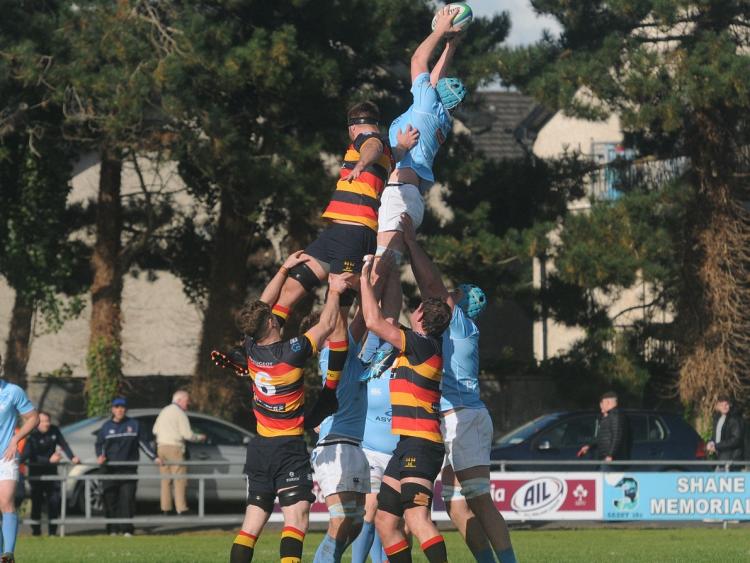 THERE were four Limerick wins on a dramatic second round of Energia All-Ireland League fixtures this Saturday.

In Division 1A, Garryowen picked up their first success of the campaign after produced a stirring comeback to edge past Lansdowne 25-24 at Dooradoyle. Also in the top flight, Young Munster's, still seeking their first win of the new AIL season, gained a losing bonus point from a 30-23 defeat away to a Sean Skehan-coached Terenure College side at Lakelands.

Meanwhile, in Division 1B, Shannon got off the mark when scoring a resounding 32-13 bonus point victory away to Malone.

In Division 2A, Old Crescent made it two wins from two when accounting for Dolphin 27-10 at Rosbrien. In the same division, UL-Bohemian are still seeking their first win of the competition after suffering a 33-15 reverse away to Queen's University, Belfast.

Finally, in Division 2C, Bruff made it two wins from two when claiming a maximum five-point haul in an exciting 31-24 victory over a gritty Enniscorthy side at Kilballyowen Park. Bruff, who scored four tries in all, led the game 31-7 early in the second half.

However, the home side had to withstand a strong second half rally from the visitors before closing out a second straight victory.

Resilient Garryowen have jumped up to sixth place in the Division 1A table on the back of their hard fought come-from-behind home victory over Lansdowne. The Light Blues have now won five of their last six home fixtures with the Dubliners.

Garryowen's prospects of victory looked bleak when the home side trailed 8-24 at half-time with Lansdowne securing the try bonus point before the break. The Limerick side's points came courtesy of a Tommy O'Hora try to add to a Dave McCarthy penalty.

Garryowen upped their performance levels in the second half with tries from Jamie Heuston and Jack Stafford, while Heuston added two conversions and crucially the match-winning penalty late on.

Meanwhile, Young Munster rallied from 22-0 down to claim a losing bonus in their seven point defeat to Terenure College.

Former Thomond out-half Cusack kicked an early second half penalty and then converted an Alan Kennedy try to reduce the home side's lead to 25-17, eight minutes into the second half.

A second successful penalty for Munsters' left five points between the sides, before 'Nure hit back with another try to lead 30-20 with five minutes remaining.

However, Munsters' resilient second half display was rewarded late on when replacement scrum-half Charlie O'Doherty landed a penalty goal to secure a second successive losing bonus point for the eighth-placed Greenfields' side.

In Division 1B, Shannon are up to fifth place in the table, after bouncing back from their narrow opening day defeat at home to Old Belvedere, when thumping Malone at Gibson Park.

A rousing rendition of the Isle led by Tony Cusack after a fantastic win on the road! pic.twitter.com/9tyvoQhMzw

The Parish side, who had the try bonus point in safe keeping by half-time, led 22-6 at the break, with a brace of tries from Pa Ryan, while Adam Moloney and Nathan Randles also dotted down.

Second half tries from Jamie McGarry and Will Leonard, who has been playing with Rugby United New York in Major League Rugby, sealed an impressive away win.

Elsewhere, Old Crescent are sitting pretty at the top of Division 2A following their impressive 17-point home victory over Munster rivals Dolphin. The win was achieved despite the Rosbrien side playing more than half of the game with 14 men following a red card.

Jack O'Neill set Crescent on their way to victory with an early try, while the ever reliable Ronan McKenna kicked two penalty goals and a conversion to help the home side into a 13-7 interval lead.

A 58th minute try from Kyle Theron, converted by McKenna, had the home side 20-10 to the good.

South African native Theron added a further try on 70 minutes when scoring from an interception to seal victory.

Also in Division 2A, UL-Bohs are still searching for their first win of the new season after suffering an 18-point loss to QUB.

UL-Bohs led their hosts 12-7 at half-time, with tries from Joey Conway and Alan Kiely, while scrum-half Kiely also added a conversion.

A further Kiely penalty had the Red, Red Robins 15-7 to the good five minutes after the re-start. However, while UL-Bohs didn't manage to score again for the remainder of the game, the home side racked up 26 unanswered points, including four tries, to run out deserving winners.

Bruff looked all set for a comfortable afternoon at Kilballyowen Park when racing into a 31-7 lead on 45 minutes, securing the try bonus points in the process.

Full-back Cian Clifford and French scrum-half Florent Riguet scored a try each, while Dunedin-born out-half James Te Pairi bagged a try in each half to help the home side into a significant lead.

With Kevin McManus also on song from the kicking tee, Bruff looked to have gained command of the game.

However, Enniscorthy had other ideas and the visitors hit back with three unanswered tries to ensure a nervy end to the contest for the home faithful.