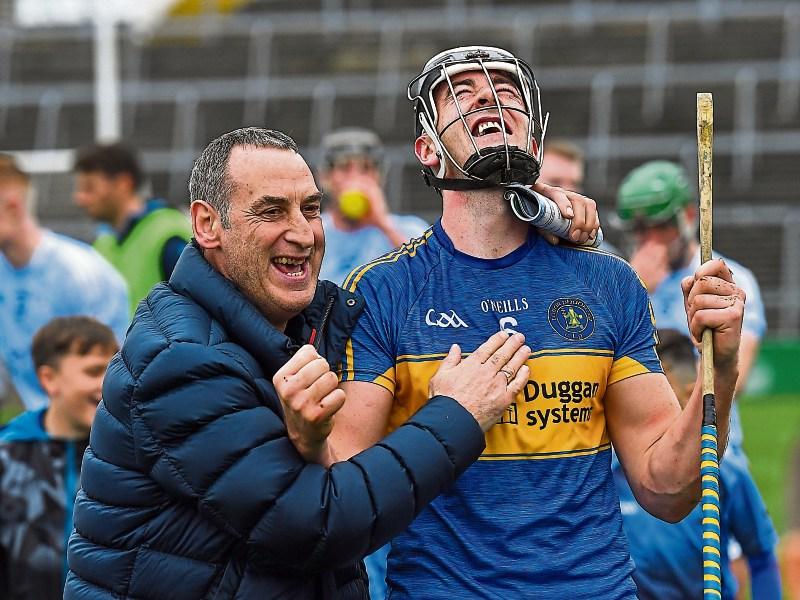 Patrickswell are back on top of the Limerick hurling ladder after they had the better of Na Piarsaigh in last Sunday’s County senior final. This game was well short on quality and was one of the poorest I have seen for some years. However, Patrickswell won't worry too much about that after they found a way to close out a game that looked to be going from them deep in the second half.

The game saw both teams hit some atrocious wides and it could well have cost Patrickswell the game. They struggled in the second half and it took them nineteen minutes to grab their first score of the second half and that came from wing centre back Diarmuid Byrnes.

We didn’t know it then but that score was to be the launch pad for this win. Prior to that they had managed six very poor wides and that was in the opening ten minutes alone.

By that time Na Piarsaigh who were terribly poor in the first half had managed to come level and much of the credit for that goes to Peter Casey. Patrickswell have a great tradition in finals, this was their 20th win and one that saw Ciaran Carey take his first title as manager with the club.

We expected a game that would go down to the wire but more importantly that we would see a good game.

The reality was very different as this game lacked the sort of temperature you would associate with such a major final. The first half was very tame, Patrickswell led by six points at the break and it could well have been a good bit more.

They showed themselves to be a great deal more up for the contest and also they went in search of the ball whereas Na Piarsaigh were miles off the pace.

Everyone was looking for someone else to do the heavy lifting and they were just about hanging in at the break. Patrickswell showed energy, they showed for the ball and they took on Na Piarsaigh at every chance. Tomas O’Brien’s challenge very early in the game on Ronan Lynch suggested Patrickswell were really up for this game.

The game only produced one goal and it was very well executed by Josh Considine. In scoring the goal, Considine paused for the slightest moment, it showed the confidence of this player and his finish was excellent.

I think Considine has a future at county level. At the end of the opening quarter Patrickswell were ahead 1-5 to 0-3. We saw early signs that Na Piarsaigh were in real trouble, they simply were not fighting for the ball and showed no desire to get down and battle.

What we got from Patrickswell was a great deal of honesty. They too were making mistakes but they kept working and more importantly they managed to pick off scores.

Na Piarsaigh had only one point in the last twenty minutes of the first half and that gives you a fair idea of the lack of ambition and energy in the team. They had enough quality players to produce something better than that but for some reason they failed to come remotely near their potential.

They weren’t helped with some very poor wides and as they headed for the dressing room it didn’t look good for them.

I am sure Michael Ryan had a lot to say to the Na Piarsaigh players at half time. If he even showed half of the frustration that we saw on the line in the dressing room then I am sure he had some harsh words for them.

What ever he said seemed to work because his side were a great deal improved. Early points from Peter Casey, Will Henn, Adrain Breen and Alan Dempsey suggested they had more to offer in this game.

Peter Casey worked hard and played a key part in bringing his side back into the game. During that spell Patrickswell helped them greatly as they hit a bucket of wides.

Their confidence was draining out of them and it looked like they were in deep trouble. Na Piarsaigh’s effort saw them level the game seventeen minutes into the second half but they never drove on from here. They only managed two points in the last fifteen minutes of the game whereas Patrickswell converted six.

When Patrickswell needed a lift it was Cian Lynch who stepped up. He hoovered up and also scored along with Josh Considine, Aaron Gillane and Diarmuid Brynes.

Lynch was the fuel in the Patrickswell engine and it was no surprise that he won Man of the Match. He took the game by the neck when Patrickswell needed it most.

The best way one could describe this performance by Patrickswell was balance, as a unit they worked hard but the contribution of Diarmaid Brynes, Cian Lynch and Aaron Gillane was significant. Kevin O’Brien and Jack Kelleher worked really hard also.

They consistently took on the Na Piarsaigh backs. Na Piarsaigh needed their big players to deliver but only Peter Casey would be satisfied. Too many players were miles off in attitude and application but we saw signs of this long before last Sunday.

In reality Patrickswell were convincing winners. They could have won by ten or more points if they had converted half of their many chances.

This win saw new young players win their first title and those in particular will benefit greatly from this win. For manager Ciaran Carey this win will be pleasing, he had to suffer a bad refereeing decision in 2015 but this time round there was no doubt.

They now move on to represent Limerick in the Munster club and that will bring new challenges. I think this team can grow, they will be able to express themselves now and the future looks bright for the club.

Look at the players they have coming along and it’s clear Patrickswell are back in a real and meaningful way. Na Piarsaigh have the ability to recover from this defeat but they are also showing signs that they are not as convincing as they once were. Patrickswell have beaten them twice this year and they also beat Doon twice.

Kildimo-Pallaskenry and Blackrock will have to meet again after they served up a fine game. As expected this game went to the wire but credit to both teams for the contest they served. Blackrock showed some battling qualities to stay in the game when they went down to fourteen men and were in control of the game with just four minutes left.

Shaun Barry was razor sharp from frees but never more so than in the final minutes when he landed three crucial frees. Darren O’Connell played really well for Kildimo Pallaskenry particularly in the second half where he caused lots of problems for Richie McCarthy.

Ruairi O’Shaughnessy and Paudie Leahy were in sparkling form for Blackrock. John Chawke made a fine save from a penalty from Leahy and that was a key moment in the game. It’s a great pity that these teams will have to wait until nearly the end of the month for a replay. Both will take the learning from this game and both have players and areas that can show improvement.