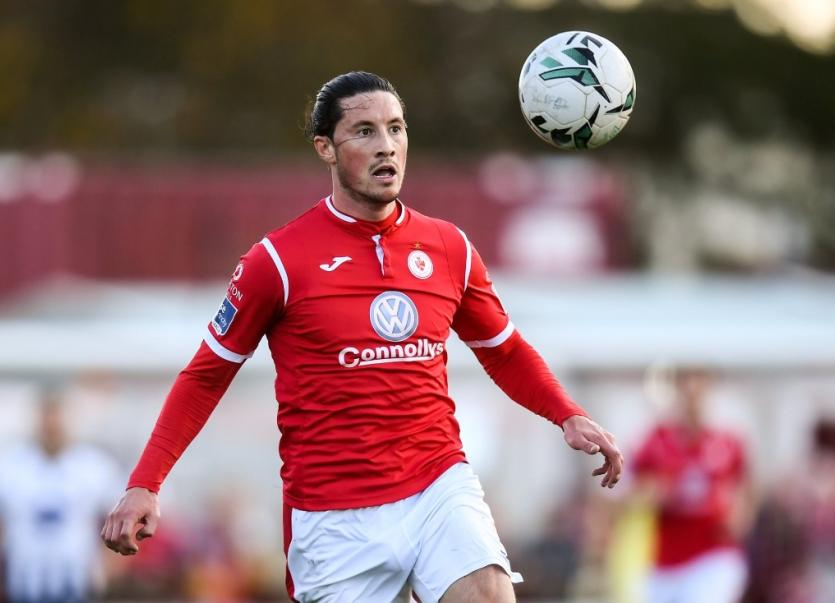 Twenty four-year-old Ronan Coughlan has committed his future for 2020 to top flight side Sligo Rovers.

Coughlan, who turned 24 last week, has had an impressive season at The Showgrounds including scoring eight league goals and putting in a number of man of the match displays.

Coughlan signed on the eve of the Premier Division season from 2017 double champions Cork City FC.

Coughlan played schoolboy football with Mungret Regional, before joining Limerick FC as a 16-year-old, going on to play at U-17 and U-19 level for the Blues.

While impressing for the Limerick FC U-19 side, Coughlan caught the eye of English side Huddersfield Town, who he signed for as a 17-year-old in July 2014, having trained with the club from the previous January.

He was released by Huddersfield in July 2017 and joined Bray Wanderers before moving to Cork.

This season at Sligo, Coughlan has struck up a dynamic partnership with Romeo Parkes as the duo contributed 19 league goals in total.

Coughlan’s performances saw him become a real favourite among Showgrounds fans and he has signed a deal for the 2020 season this Wednesday.

Sligo Rovers manager Liam Buckley said of Ronan Coughlan's decision to sign a new deal: "We’re delighted to get Ronan signed up today. There was some interest from other clubs which didn’t come as a surprise after his performances this season.

"He came in late in the day, when you consider he didn’t do any pre-season here.

"Ronan’s contribution overall has been excellent, his work-rate is terrific and what we wanted to add to his game over the course of the season has been for him to get into areas to get more chances and as a result score more goals.

"He has certainly improved on that and we want more of it next season. He can get better and better.

"Ronan knows how valued he is here and altogether it gives him a strong platform to take into next year and make a big, big impact in this league."