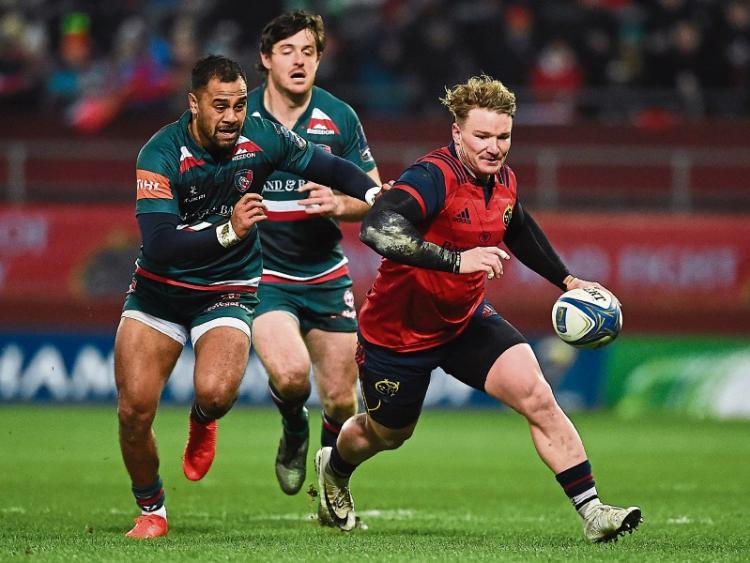 MUNSTER back-rower Chris Cloete has been released from the province's touring party in South Africa after picking up an ankle injury.

Munster reported this Monday that after an initial review on Cloete’s ankle injury, the talented back-rower has been released from the touring group as he won’t be available for the immediate future.

Munster have called up Academy back-rower Jack O'Sullivan in his place to maintain a group of 28 players. O'Sullivan joined up with the squad on Monday.

Munster made their way from Port Elizabeth to Johannesburg on Sunday and will base themselves in Jo’burg until Thursday as they prepare for Friday’s Round 3 Guinness PRO14 clash against Cheetahs, 5.15pm Irish time.

Speaking ahead of the clash against Cheetahs, who recently captured the Currie Cup, Munster Head Coach Johann van Graan provided said: "This week is going to be even more difficult with the conditions and temperatures, playing at altitude against the Cheetahs.

"They are a team on form, and have been excellent in the Currie Cup. In the PRO14 so far they have dispatched Glasgow and Ulster comfortably at home, and hopefully we can learn from those games.

"From our point of view we have to focus on ourselves, and we’ve enough to work on following Saturday’s game.

"It’s only week three in the competition and there’s such a long way to go so we’ll take our points from the Kings game and move on."