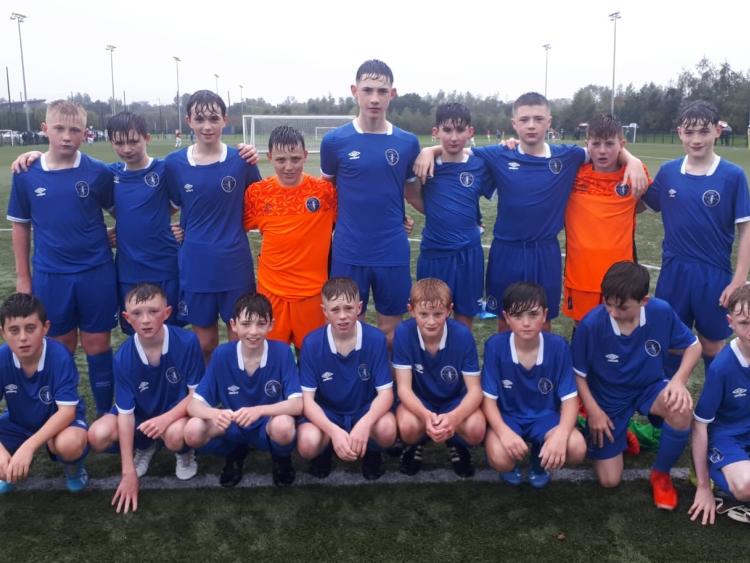 LIMERICK FC U13s scored an impressive 3-1 victory over the Mayo League in their SSE Airitricity U13 League Cup fixture played at the University of Limerick.

Limerick were tied 1-1 with their visitors at half-time, as Kian Kelly netted the home side in front on 15 minutes.

Limerick are competing in the elite section, with the competition drawn into four groups of three, with the winners of each group advancing into the semi finals.

Limerick have been drawn in a group alongside Galway United as well as the Mayo League.

The weather conditions for Saturday's game weren't great as the rain was relentless, as was Limerick's start as they dominated the first 20-25 minutes of the match creating a number of opportunities while also moving the ball with real purpose as they controlled possession.

It was within this dominance that Limerick took the lead as a Kian Kelly free kick with into the bottom
corner of the net after taking a deflection along the way.

Limerick continued to create chances as Cillian Mulvihill was a constant threat up front with Tom Healy controlling the game centrally while both centre backs of Robbie Lynch and Aidan O'Shea were looking very assured.

Mayo were starting to come into the game as we entered the last 15 minutes of the first period and a  composed header from the six yard box brought the sides level by half-time.

Mayo would end the half the more dangerous side as Aaron Mulready pulled of a very good save to keep the game level. Half time would see both teams go off tied at 1-1.

As the second half begun, the rain continued to pour down and Mayo controlled the first ten minutes after the restart, but Limerick's defence remained resolute.

Limerick would also see winger Jamie Forde come off to a knee injury in the early stages as Mayo felt like the game was turning in their favour.

However, Limerick would again start to control the ball, looking very fluent in possession as they again created chances.

A third goal was coming and it was Limerick who struck with Robbie Lynch towering above everyone as he powered home a header from an in swinging corner.

Mayo would put on pressure as Limerick had to deal with a lot of crosses, but they would not let the lead slip by again as they cleared an attempt off the line and would then reduce Mayo to long range efforts.

Limerick put the game beyond doubt with just over 15 minutes to go as Cillian Mulvihill reacted quickest inside the box to the ball spilling in the area after the Mayo goalkeeper saved the initial free kick denying Kian Kelly a second goal.

Limerick would see the game out by controlling the ball in a classy manner for a deserved 3-1 success.

Limerick return to action against Galway United on the weekend of October 12-13, knowing that a win will put them into the open draw of the National League Cup semi final.