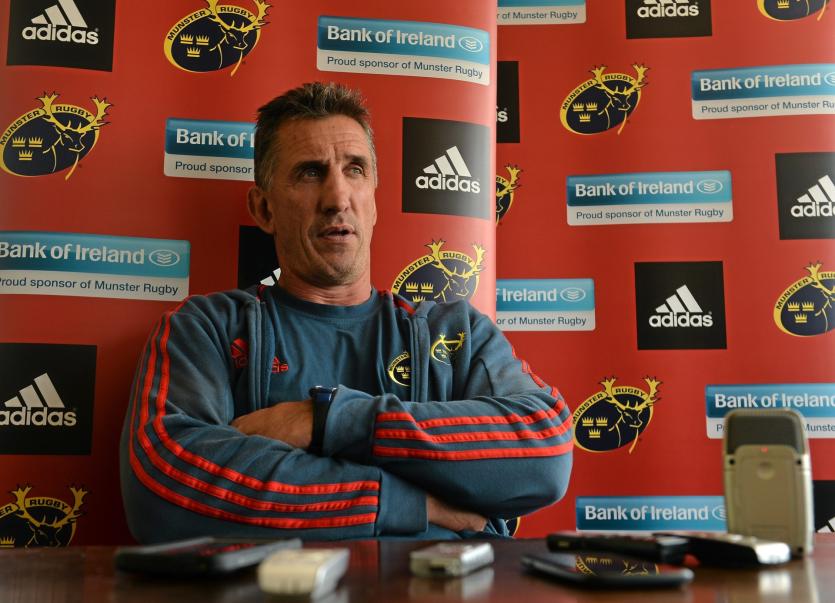 FORMER Munster head coach Rob Penney has been confirmed as the new head coach of a top Australian Super Rugby side.

The New South Wales Waratahs have conformed that New Zealander Penney has been appointed as their head coach for the 2020 season.

The former Munster Head Coach has signed a three-year deal with NSW Rugby, seeing him remain in New South Wales until the end of the 2022 season.

Rob Penney joined Munster as head coach in 2012, initially negotiating a two year deal with the option of a third year. However, Penney declined an offer to extend his stay.

He took the New Zealand U20s to a Junior World Championship Final in 2012, finishing runners up to South Africa, before moving to the Pro 14 with Munster.

A move to Japan would follow after his term with Munster with the NTT Communications in Japan’s Top League, securing play off appearances on two occasions.

Penney said it was an honour to be appointed Head Coach of the NSW Waratahs.

“The Waratahs are an organisation revered throughout world rugby, with a proud history of performance and player development,” Rob Penney said.

“To be given the opportunity to help this playing group get the most out of both themselves as individuals and as a collective is an exciting one.

“I’m looking forward to contributing to the betterment of Australian rugby, ensuring we have a working environment at the [NSW] Waratahs to foster the young talent already assembled.

“To see players grow, develop and reach their own personal goals is a hugely satisfying part of coaching – one I’m personally looking forward to here in Australia.

“Ultimately, I want our players to represent the jersey with pride and ensure New South Wales continues to be a leader in Australian rugby.”