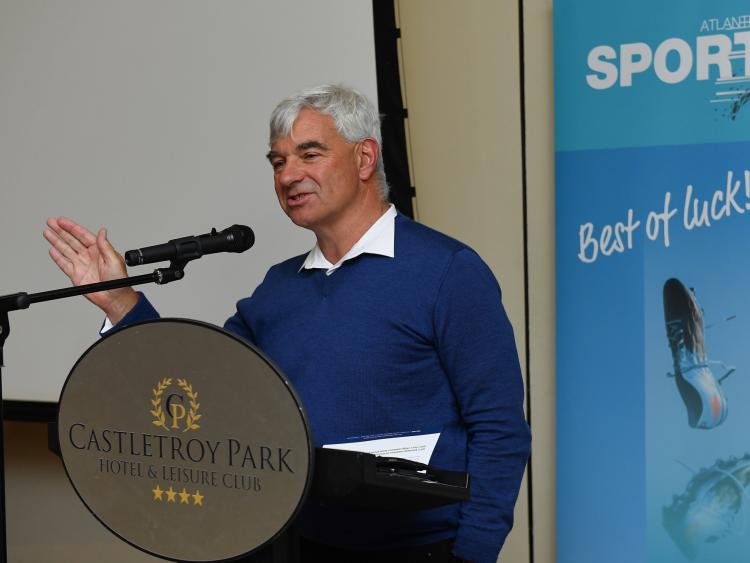 Dave Mahedy, who retires as UL's Director Sport and Recreation this Thursday after a distinguished career

TODAY marks the end of an era at the University of Limerick as Director Sport and Recreation Dave Mahedy calls time on his distinguished career.

Mahedy has helped develop a world class portfolio of sporting facilities at UL in a career spanning 34 years.

"Of course I will miss the day to day involvement," Dave Mahedy told the Limerick Leader.

"I mean I have been doing my hobby and got paid for it. I have done nothing but sport since I was 17 years of age.

A native of Stillorgan in Dublin, Dave Mahedy first came to Limerick as a student in 1974 to study to become a Physical Education teacher at the National College of Physical Education which later became Thomond College and subsequently part of UL.

UL was then established in 1989, 30 years ago, and two years later it took over Thomond College.

Investment totalling €76.5 million has been put into sports facility developments at UL since 2000.

Over the past 20 years, UL Sport has earned €62.2 million in revenue from their impressive sports facilities.

Developments on the campus which are used by the student population and general public alike include UL Sports Arena, the North Bank pitches and pavilion, UL Activity Centre, Maguire Pitches and Track which was officially opened this week, the Munster High Performance Centre, 50m pool and climbing wall.

Away from UL, Dave Mahedy has had a hand in a host of hugely successful teams across a broad range of sports, including a Limerick Utd side which won both League of Ireland and FAI Cup titles and played Real Madrid in the European Cup, Limerick senior hurlers Munster championship winning sides, Munster's Heineken Cup winning teams and Shannon's four-in-a-row All-Ireland League winning sides.