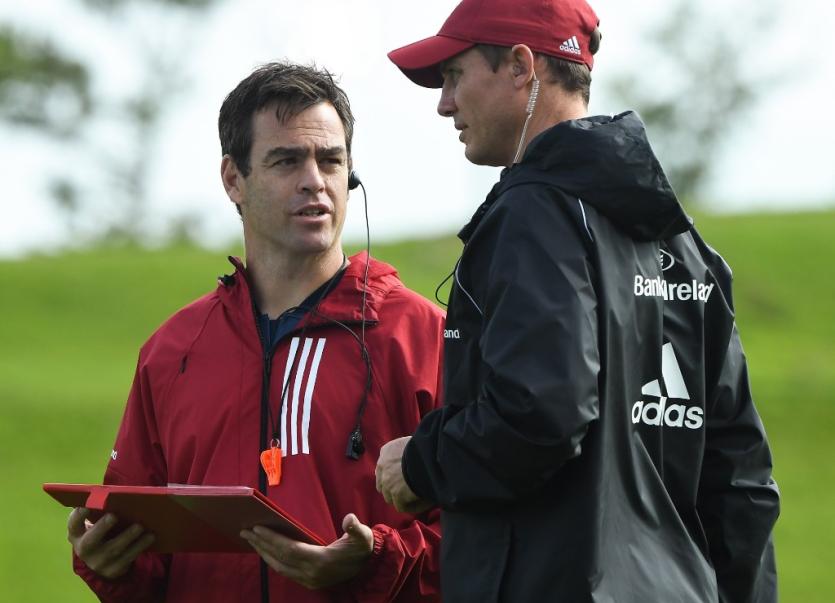 MUNSTER'S new Australian second-row Jed Holloway has joined up with the squad in Limerick this week.

Holloway jetted into the Mid-West over the weekend and has joined up with his new team mates at their UL training base this week.

An experienced and integral member of the Waratahs squad, Holloway has made 52 Super Rugby appearances to date.

The 26-year-old will provide cover at lock, and across the back row, with Jean Kleyn, Tadhg Beirne, Peter O’Mahony and CJ Stander included in Ireland’s World Cup squad.

Holloway has joined Munster for two months (subject to being granted a work permit), before returning to his club side in the lead-up to the new Super Rugby season.

"We showed him around and the lads met him on Monday morning. We will obviously be managing him through the week because he has travelled from Australia, so he won't be available for selection this weekend.

"We are still waiting on the work permit. If that does come through we will definitely take him to South Africa."

Munster travel to South Africa next weekend for two back-to-back Guinness PRO14 fixtures against the Cheetahs and Kings.

Munster open their Guinness PRO14 season with a home fixture against the Dragons at Thomond Park this Saturday, 3pm.