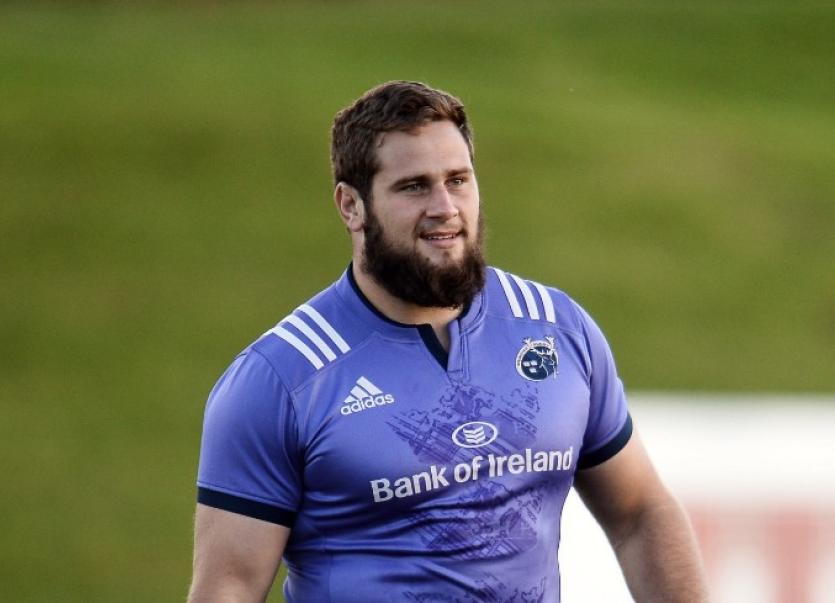 A FORMER Munster prop has joined up with South Africa's Rugby World Cup squad in Japan.

Twenty four-year-old Thomas Du Toit has been called into the Springboks squad by Director of Rugby Rassie Erasmus as an injury replacement for the injured Trevor Nyakane.

Du Toit spent time at Munster in the 2016/2017 season on a three-month contract, making his debut as a replacement in November 2016 in the side's 46-3 Pro 12 win against Treviso at Thomond Park.

The Cape Town native went to make six appearances in all for Munster.

Du Toit returned to the Sharks ahead of the 2017 Super Rugby season, where he has made over 20 Super Rugby appearances since his debut in 2014 against the Cheetahs.

Du Toit can play both loose and tight-head, has also represented the Barbarians and South Africa 'A', and played in two U20s World Championships.

Du Toit, who was on a short-term loan to Toulouse, was on standby and had been involved in preparations right up until the team’s departure for Japan.

He is expected to join the squad in Nagoya on Tuesday afternoon.

“He has had a great season and added value whenever he took the field. It’s a blow to him and the team, but it’s also an opportunity for Thomas and for Vincent (Koch) who now have the chance to step up.”

The Springboks continue their Rugby World Cup campaign against Namibia in Nagoya on Saturday.