‘I did my best’ - Limerick FC's Tommy Barrett 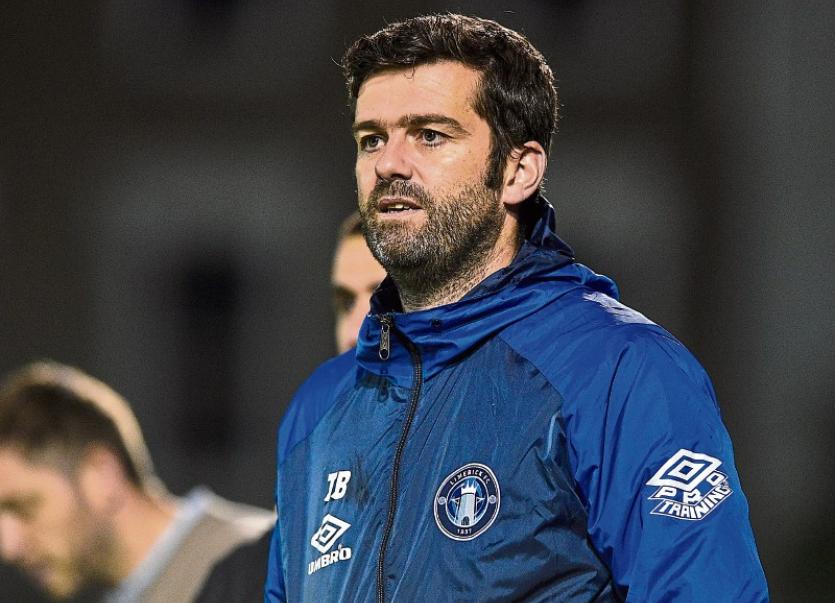 THE curtain comes down on Limerick FC’s hugely difficult season this Saturday night when the ‘Blues’ face champions Shelbourne in their final SSE Airtricity League First Division fixture at Tolka Park, 7.45pm, with manager Tommy Barrett admitting he will be relieved to see the back of 2019.

Gardaí and FAI are currently investigating unusual betting patterns on two games involving Limerick FC, while the High Court last week confirmed the appointment of an examiner to the club.

Mobile phones were seized in a swoop by Gardaí on the First Division side's training session at Hogan Park earlier this month.

The FAI is currently looking into unusual betting patterns around Sligo Rovers' 6-2 FAI Cup victory over Limerick on August 24, with the FAI saying the investigation is along similar lines to their ongoing investigation into Limerick's 2-0 loss to Shelbourne last April.

In relation to those investigations, manager Barrett said: “I can’t really say too much because it’s an on-going investigation around that.

“We welcome the investigation if there is something there. We don’t  want that happening obviously.

“If someone is guilty we will find out, but equally if people are not guilty they need to come out and exonerate them. That is very important.”

Barrett said he would wait and see before deciding his future in football management.

Barrett said: “You have to wait and see. With football you don’t know what is going to happen. Look, I did my best in the circumstances that we had. Obviously, I am disappointed, gutted as much as anyone that we were relegated at the end of last season and then this year it didn’t work out as planned either.

“You would like to have challenged for that play-off position. I don’t think we needed to go up though, to be honest

”I think we need to spend a few years in it (First Division). I think it would have been good to get a play-off or be in around it, but you need to build it.”

The recent High Court hearing into the appointment of an examiner heard that there have been four, including one formal, expressions of interest by potential investors in Limerick FC, which has debts estimated to be about €490,000.

Tommy Barrett added: “Reading some of the coverage recently, I don’t know how the alleged match-fixing investigation was a factor in the club having the reported debts.

“Also, the reason we got relegated from the Premier Division at the end of last season was because we didn’t have money, in my opinion. Obviously the final day play-off against Finn Harps, I will take responsibility for, they were the better team on the night, but in saying that if we had the same team as the start of the season I don’t think we would be in that play-off position.

“I think we might have gotten out of it and if we didn’t we would have had a much better chance in the play-off.

“We lost 10 professional players half way through the season. There was problems with payments, that had an effect on it.

“Look, it has been a very difficult season. We didn’t heed the warnings last year and the same thing happened again, maybe not to as big an extent with regards to the amount of players lost.

“We still lost too many players and similar issues went on obviously with regards to payments and expenses. That is disappointing.”

Barrett said he did not feel a break from senior soccer next season would be in the best interests of Limerick.

“I don’t think Limerick taking a break from senior football is ever a good thing, but I do think that whoever is there next season, whether it’s in its current guise or whoever, a long-term sustainable plan needs to be put in place and the people need to get behind it.”

Barrett said it is embarrassing that midfielder Sean Russell had been forced to fundraise in order to pay for a knee operation. Russell injured his knee earlier this season in a 2-0 win over Athlone Town.

Barrett said: “It’s not right. I said it from the start. I have been trying to work with the club, working with LIFT (Limerick Independent Football Trust) who have been brilliant in helping to get the funding as well for the first operation. It shouldn’t happen ever in any club.”