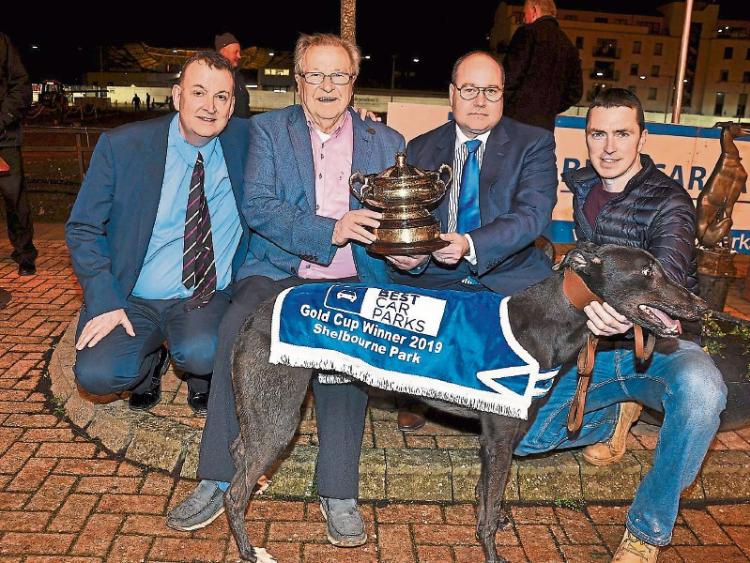 The Limerick owned runner is among the 12 that go to traps this Saturday night in the semi finals, which will be live on RTE television from 9pm.

Music Toour Ears is owned by the Pension Plan syndicate – based on the Ennis Road.

Heading up the syndicate is Bob Shanahan.

Back in March, Shanahan received a Special Merit award at the 2018 National Greyhound Racing Awards.

Having previously been a director at Limerick Greyhound Stadium, Shanahan has served as secretary and chairman of the Limerick branch of the Irish Greyhound Owners and Breeders Federation.

Now Music Toour Ears is now Limerick’s last hope for success and in with a chance of netting the 2019 BoyleSports Irish Greyhound Derby and the €140,000 winners’ prize.

Last Saturday, the quarter final action saw some impressive performances, with Lenson Bocko, trained by Graham Holland, posting the fastest time for the second week in a row, in 29.27 seconds.

Music Toour Ears came 3rd in his quarter final in a time of 29.80 and he runs from trap 3 in the second of Saturday night’s semi-finals.