Craig Casey: 'Playing for Munster is a dream come true' 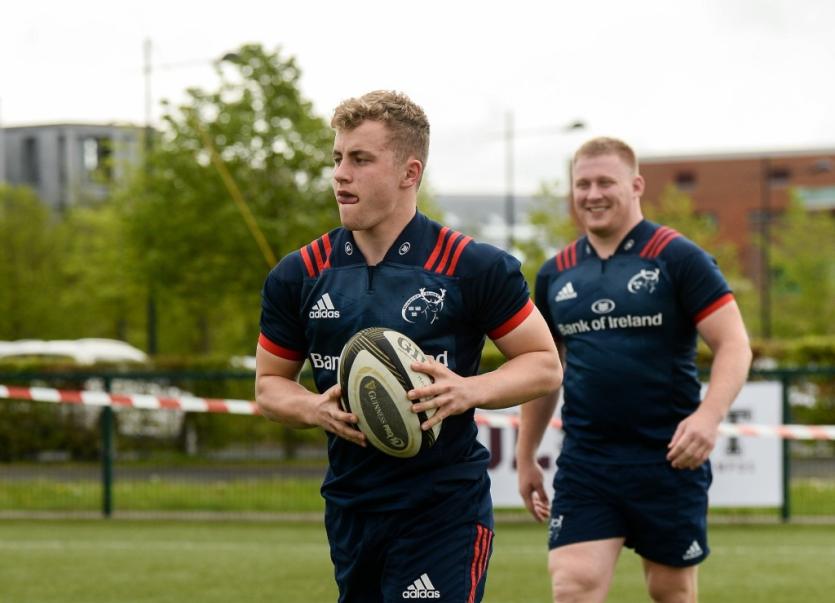 Scrum-half Craig Casey is set to feature for Munster against London Irish in their pre-season friendly at Musgrave Park on Friday night, 7.30pm

EXCITING Munster scrum-half Craig Casey said he has dreamed about playing for the province since the age of four when he was the team mascot at Thomond Park .

The highly rated 20-year-old scrum-half, who was a key member of Ireland's U20s Grand Slam winning side last season, made his senior Munster debut against Connacht last April.

And the Shannon clubman is set to feature for Munster in their opening pre-season fixture against London Irish at Musgrave Park this Friday night, 7.30pm.

Casey, who has signed a development contract with Munster this season, will advance to a full contract at the beginning of the 2020/2021 season.

Speaking at Munster's press briefing at their High Performance Centre in UL this week, Casey said he first dreamed about playing for Munster when he was just four years of age.

“I was delighted obviously with the contract offer from Munster. It is something you dream of, since I was four when I was the mascot in Thomond Park with Axel (Anthony Foley), so it was a dream come true really.

“Look, I am just looking to make the most of it over the next two years and hopefully drive on.

“I'm fitting in well in pre-season so far. I came in late after the Junior World Cup, we got three weeks off, so I came in, in week three of pre-season and all the senior players have been so welcoming.

“I wasn’t expecting to fit in so easy and they have all been really helpful with any questions that I have had.
“There has been a lot of youngsters involved in pre-season with us, the whole Academy has been training with us and the other lads have been stepping up in leadership roles as well, it has been seamless, really."

Casey, who is 5' 5” in height, says he has learned a great deal from training alongside the established scrum-halves in the Munster senior squad, especially All-Black Alby Mathewson.

“They have all been really helpful. I am trying to be a sponge around them, especially Alby (Mathewson), he is so experienced, there is so much to learn from him, so if I am a sponge around him, I will learn a lot, also the other nines, Neil (Cronin), Nick (McCarthy) and Staffs (Jack Stafford).”

Casey is looking forward to getting an opportunity to don the red of Munster in their upcoming pre-season friendlies. Following Friday's clash with 'Irish' in Cork, Munster face Connacht in Galway on September 21.

“The next few weeks there should be opportunities really, so I am really looking forward to that. If you are given an opportunity I got to take it, so I hope to take any opportunities with two hands and drive on.”

For more on Munster Rugby see www.limerickleader.ie or use #LLSport