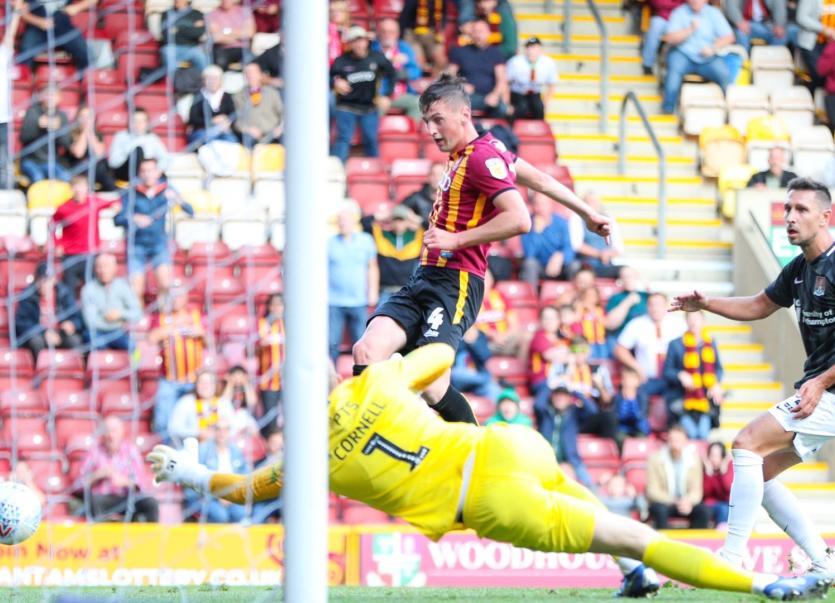 LIMERICK defender Paudie O'Connor scored a dramatic late winner as Bradford came from behind to beat Northampton 2-1 in English League Two at Valley Parade on Saturday.

Twenty two-year-old O'Connor's winning goal, scored before an attendance of 13,678, ended a run of two consecutive league defeats for Bradford.

The winning goal came in the 88th minute when Harry Pritchard, making his home debut after joining from Blackpool, crossed from the left.

David Cornell made a brilliant one-handed save to turn away Kelvin Mellor's goalbound header but the ball went straight to Ballybrown man O'Connor, who side-footed the ball into the net from an acute angle.

Centre-back O'Connor joined the English League Two side from Leeds United on a three-year contract - after turning down offers from League One - to bolster City’s new-look backline.