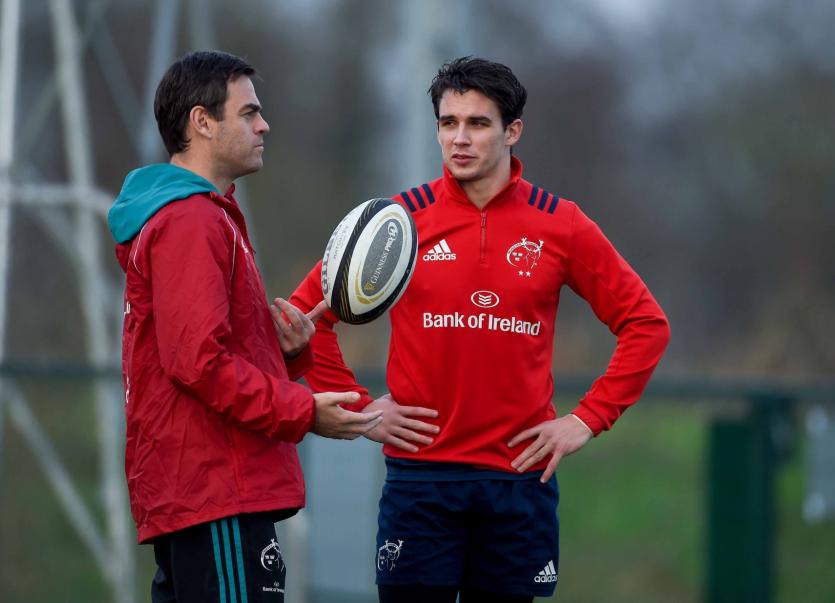 Twenty three-year-old playmaker Carbery is currently sidelined with an ankle injury and is in a race against time to be fit for Ireland's opening World Cup game against Scotland next month in Japan.

Munster coach Van Graan said he spoke with Carbery last week when the out-half dropped in on his provincial team mates at their training centre in UL.

Johann van Graan said: "Yeah he was in here in the HPC (High Performance Centre) on Friday, I had a chat with him, he's going to give himself every chance to be ready.

"He's under the guidance of the national team's medical team and I'm sure they'll make the best decision for them and for him and whatever decision they make, I'm sure it will be the right one.

"He's really pumped to get there. Obviously getting to a World Cup, at that age and in that form, I think he's been in brilliant form over the last 12 months, so I think he's looking forward to it very much.

"But you're body's got to work with you and these things happen.

"We've seen all the Test matches and guys get injured, so he'll give it every shot to be ready."