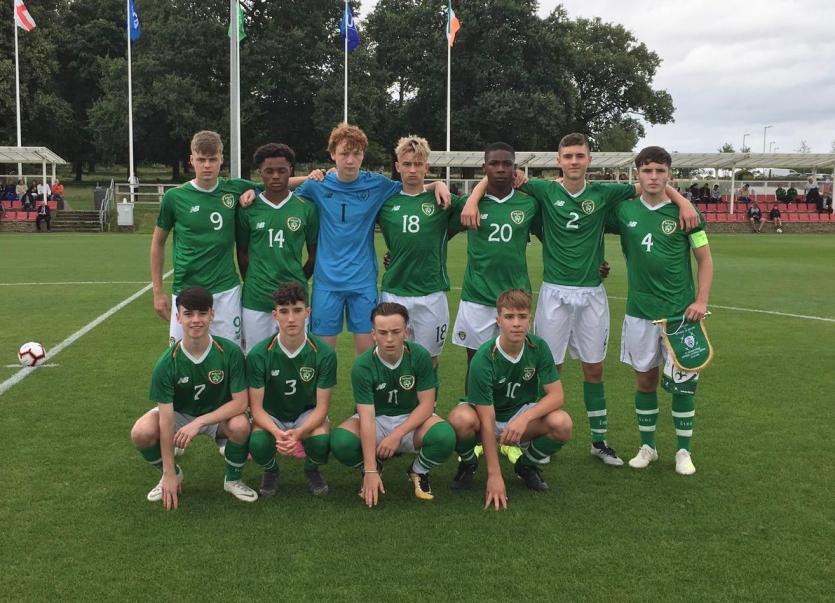 Limerick's John Ryan, front, second from left, pictured with the Rep of Ireland U16 side which drew with England U16s today

A LIMERICK teenager played a key role as the Rep of Ireland U16s fought back superbly to earn an exciting draw with England U16s in their international friendly played at English FA’s headquarters of St George’s Park on Thursday afternoon.

Castletroy's John Ryan started the game in defence for the Republic of Ireland U-16 side which trailed by a goal at half-time, 1-2, before rallying to secure a thrilling 3-3 draw with their hosts.

A six-goal thriller ends all square at @StGeorgesPark

Tom Lonergan, Jamie Mullins and Ben Quinn with the goals for Ireland⚽️

Eighteen players from six SSE Airtricity League clubs were included in the Rep of Ireland U16 squad for today's friendly with England and a game with Denmark earlier in the week.