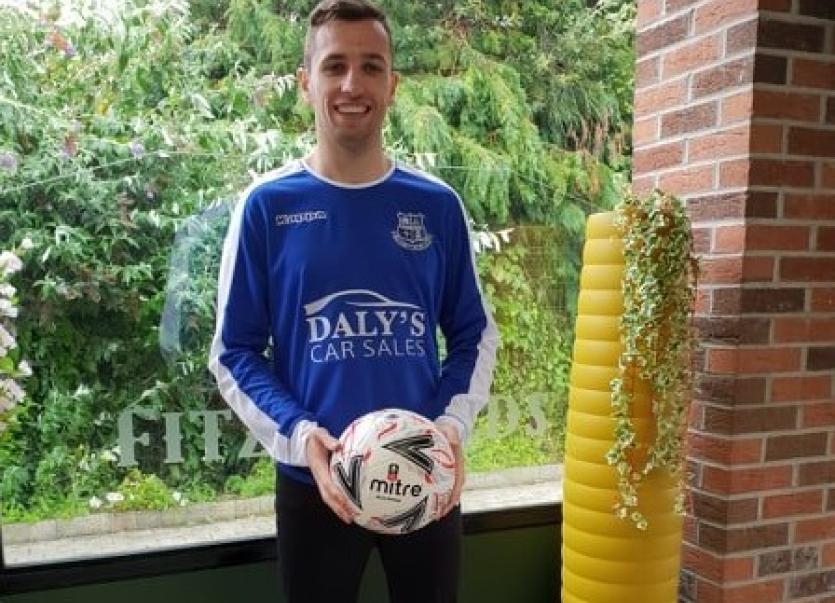 The frontman had scored six goals in 15 league appearances for Tommy Barrett's Limerick FC side in the SSE Airtricity League First Division this season.

The striker, who was Barrett's first signing in his role as Limerick manager, joined the Blues from Cork City where he had made his first-team debut for the Leesiders in 2015 after impressing for the club’s U19 side.

Having had a loan spell with Cobh Ramblers in 2016, Ellis featured regularly for Cork as they won the SSE Airtricity League Premier Division and the FAI Cup.

The signing of Ellis' is a big boost to Ballynanty. Balla' have picked up four points from their opening two Premier League fixtures.

@BallynantyRvrs would like to thank the Daly family of DALY'S CAR SALES & @Kappa_UK Kappa Sportswear for their kind sponsorship of the A team.
Pictured with the new kit is team captain @donnan_david Dave Donnan & new signing Connor Ellis @ConnorEllis09. pic.twitter.com/JnlGX0de8P

Balla' host Prospect Priory in the Premier League this Sunday, 10.30am.