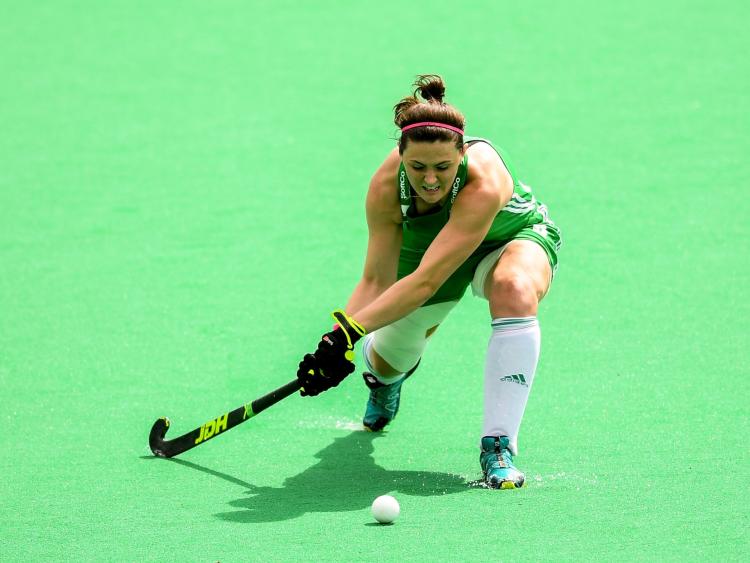 LIMERICK woman Róisin Upton scored four goals as the Ireland women's hockey side stormed to an 11-0 win over Belarus in the EuroHockey Championship in Antwerp, Belgium on Monday.

Róisín Upton clattered in the first of her four penalty corner goals in the opening minutes as the Irish women scored their record win in their competition.

Ireland must beat Germany in their final pool fixture this Wednesday, at 11.15am Irish time, in order to make the semi-finals.

Róisin Upton said: “There was a talking to at half time, ‘switch on, get back in the game, play to our standards’.

“Sean (Dancer, coach) had a word about chasing the opportunity. You only get five game in this competition and not to waste any of them.

“Sean has come in and injected even more belief, even since the World Cup last year. We start to believe we can compete with the top teams and that is half the battle. But it’s still a flip of a coin between the top four and the bottom four.”

So @IreWomenHockey beat Belarus 11-0 to set up showdown for the semi-finals against Germany - two Irish-German battles to look forward to...

The former Mungret-St Paul’s GAA player, a past pupil of Crescent College, won the first of her more than 50 caps for Ireland in November 2016.

Upton helped US college side, the UConn Huskies to NCAA titles in 2013 and 2014.