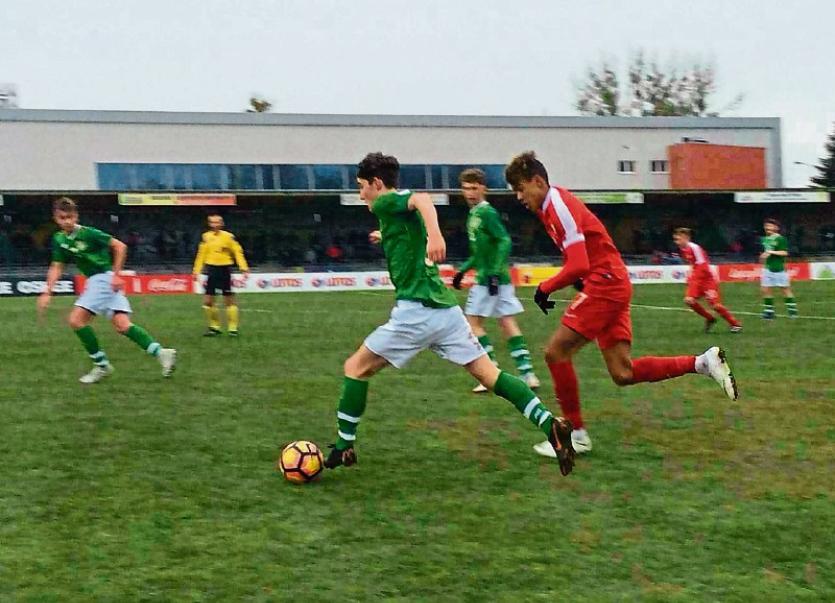 LIMERICK teenager John Ryan has been named in the 20-strong Republic of Ireland U-16 squad for two friendlies against Denmark and England next week.

The Boys in Green travel to England tomorrow, Friday and face the Denmark at the English FA’s headquarters of St George’s Park on Tuesday next before taking on the hosts on Thursday, August 22.

Castletroy College student John Ryan made nine appearances for the Rep of Ireland U-15s last season, since making his debut for the side in Poland last November.

Eighteen players from six SSE Airtricity League clubs make up the Rep of Ireland U16 squad for the two friendlies with Denmark and England.

Republic of Ireland U16 squad